Several years ago, I remember reading about an experiment, and I thought it was in Newton's Principia, so the experiment was conducted in that time frame. The experiment involved timing the fall of a glass ball from a great height indoors (like the inside of a cathedral). Timing was done by watching a pendulum. There were several observers for each experiment, each one reporting their answer independently and then the final answer was obtained by taking the mean of each individual timing.

The thing that caught my eye is that the times were reported in seconds and thirds (1 third=1/60 second). That was the first time I had ever heard of a second as being the second division of an hour, (the first being minutes), and there being further divisions by 60 each time.

I have skimmed a paper copy of Principia in my school library and didn't find that experiment. I'm pretty sure I didn't imagine the experiment (I wouldn't have come up with thirds) but I can't find a reference to it. I want something to point to when I point out that a "third" is a real unit of time.

Can anyone help me find that experiment?

I think I've found what you are remembering. There's a free epub available at google books, "Memoirs of the Royal Society" . Around page 386, I found: 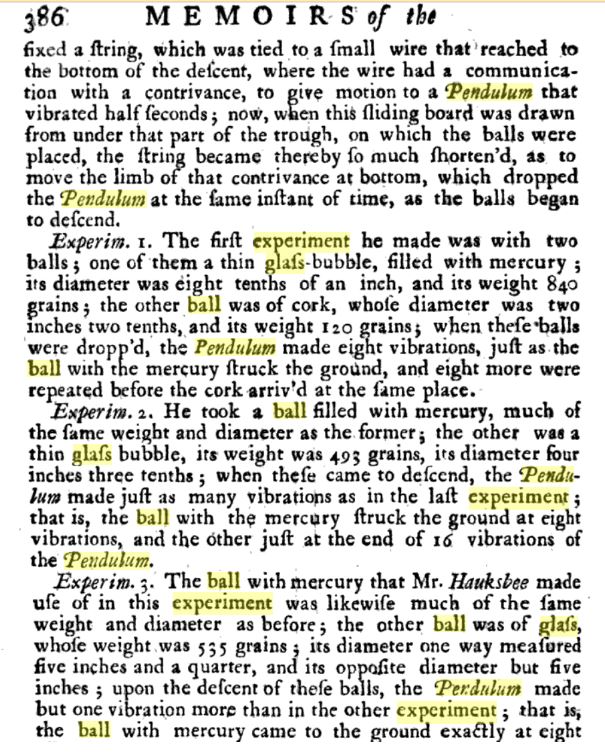 Or possibly this one, also free epub from google books. Perhaps they are multiple descriptions of the same thing -- I'll leave it up to you to research these two publications :-) 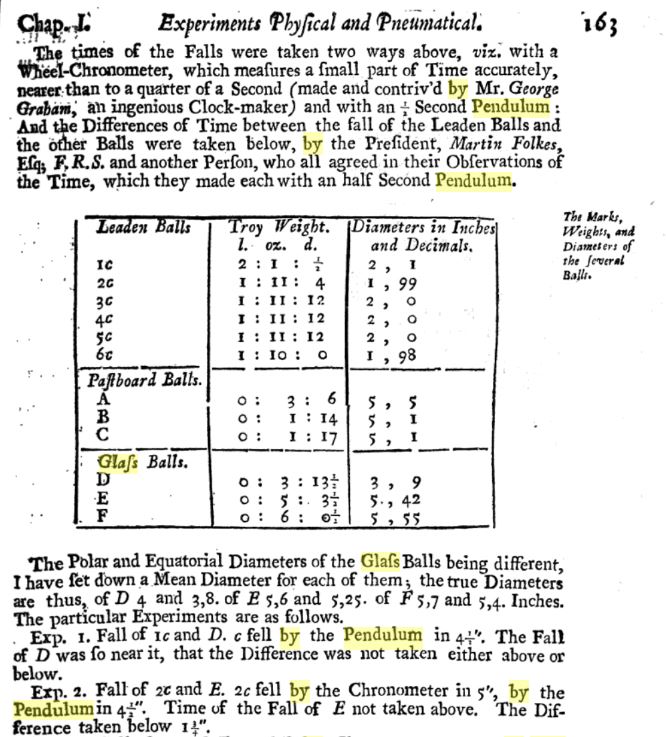 Not the answer you're looking for? Browse other questions tagged reference-request newton or ask your own question.

52
Timeline of measurements of the electron's charge
11
How did Young perform his double slit experiment?
1
Allegations of Newton's untruthfulness
13
Was English mathematics behind Europe by many years because of Newton's notation?
5
Earliest Instances of a Slope/Direction Field for a First-Order ODE
5
What are the sources for Democritus’ experiment of dividing a shell down to its atoms?