Etymology of certain terms in the theory of elliptic integrals

The problem is that this interpretation doesn't fit the formulas; according to several sources, the amplitude of the elliptic integral that calculates the period of a pendulum is $\pi/2$ regardless of the pendulum's amplitude.

In addition, i've no guess about the naming of the term "modular angle", so i'd also like to know the etymology of that.

I don't understand French, but it seems that Legendre is the key person who coined these terms. You can use DeepL (www.deepl.com) to translate French. So if one can decipher the definition of le module then l'angle du module will begin to make sense.

Module itself is from Latin so there is no difference in French/German/ or English. Can we make sense if we take module as a "measure". This is how the unabridged Oxford Dict. tells us: 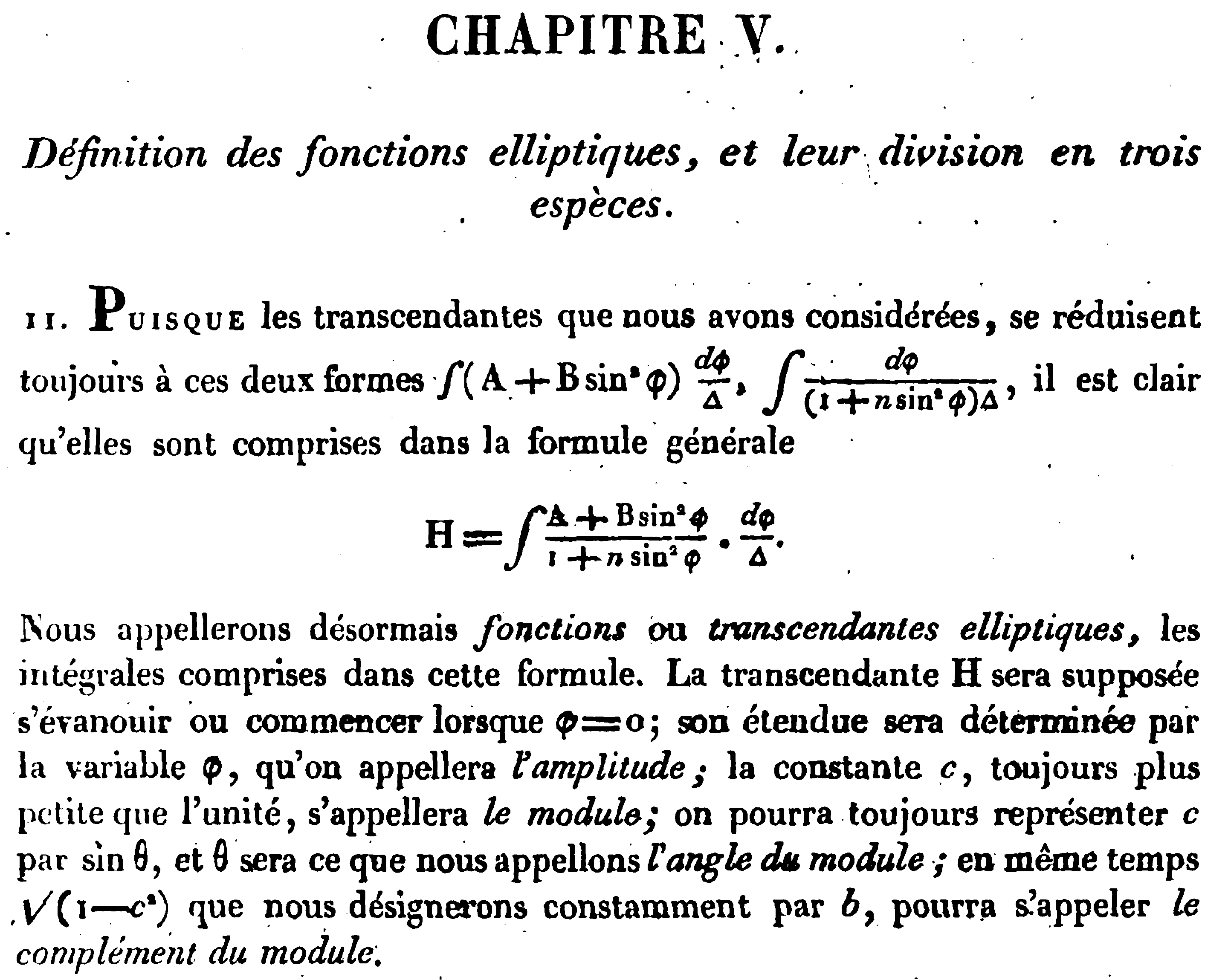 "From now on we will call transcendental functions or elliptical functions, the integrals included in this formula. The transcendental H will be assumed to vanish or begin when phi=0; its extent will be determined by the variable phi, which we will call the amplitude; the constant c, always smaller than unity, will be called the modulus; we can always represent c by sin-theta, and theta will be what we call the angle of the modulus."

Not the answer you're looking for? Browse other questions tagged terminology real-analysis or ask your own question.