Where did the names positive and negative for the early voltaic piles come from? 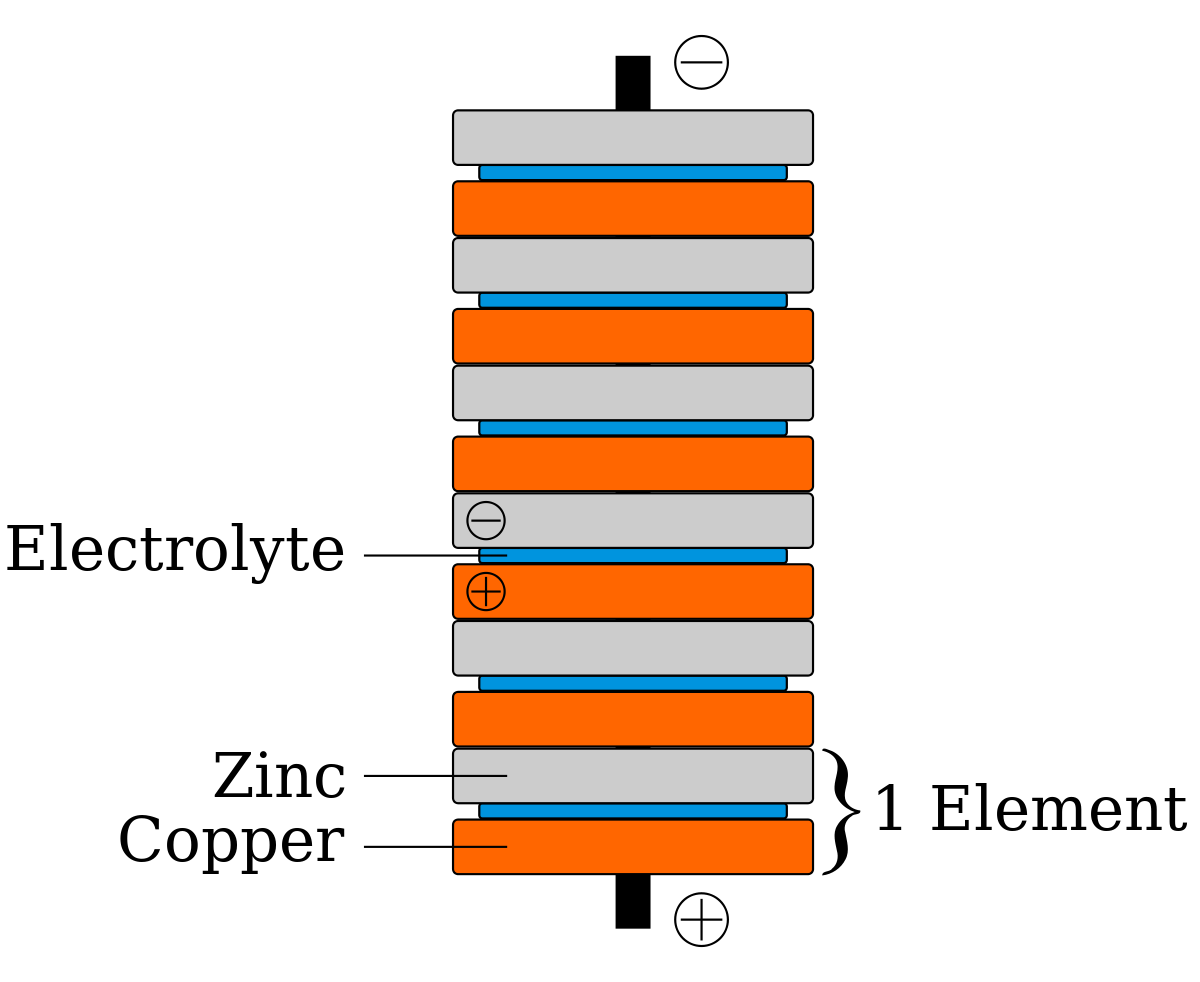 Where did the decision come from to name the Zinc side the negative side and the copper side the positive side? Was this Volta's doing, or someone else? It's confusing for a lot of people, because we speak of "positive charge" where we now know that positive charge is really the absence of electrons.

So where does this confusion originate?

The "decision" came from Franklin c. 1750, and predates voltaic piles. Franklin followed the one-fluid theory of electricity proposed by Watson in 1746, and explained electric discharges in a Leyden jar by the fluid flowing from the side with its excess (+) to the side with its lack (-). Which side had the excess/lack he decided more or less randomly, so when the glass was rubbed the fluid was supposed to go into it while it was coming out of resins, contrary to the actual movement of electrons. In any case, it was argued on Physics SE that Franklin's choice was fortuitous rather than confusing, and that generally identifying conventional current with the flow of electrons in reverse causes the real confusion, see Why is the charge naming convention wrong?

When Volta proposed his pile in 1799 what went on in it was originally interpreted as a sequence of electrostatic discharges, so, naturally, Franklin's convention was followed, see What is the history of electric current and resistance? By the time electrons were discovered and the nature of current identified the convention has become too entrenched to change, especially considering that the real direction made no difference to electric circuit calculations, and that ions can also move, so the direction of the overall current had to be assigned by convention anyway. Here is from Stern's The Direction Assigned to Electric Currents:

"The choice of which type of electricity is called "positive" and which "negative" was made around 1750 by Ben Franklin... Franklin knew of two types of electric charge, depending on the material one rubbed. He thought that one kind signified a little excess of the "electric fluid" over the usual amount, and he called that "positive" electricity (marked by +), while the other kind was "negative" (marked -), signifying a slight deficiency. It is not known whether he tossed a coin before deciding to call the kind produced by rubbing glass "positive" and the other "resinous" type "negative" (rather than the other way around), but he might just as well have.

Later, when electric batteries were discovered, scientists naturally assigned the direction of the flow of current to be from (+) to (-). A century after that electrons were discovered and it was suddenly realized that in metal wires the electrons were the ones that carried the current, moving in exactly the opposite direction. Also, it was an excess of electrons which produced a negative electric charge. However, it was much too late to change Franklin's naming convention."

You are indeed right, these two signs (+) and (-) have confused generations of scientists. I have searched for more than 10 years on Volta's assignment on the signs of battery terminals. I will summarize my findings below. What is disappointing when these chemistry or physics teachers say...well, it was just a convention. Sorry, this is not true, scientists from the previous centuries were as good as any other scientists today. There is a very valid reason why they labelled the batteries that way. What confuses most people is the transition from the signs of pure electrostatics to current flow-like a battery. How did the batteries get their labels?

Forget about electrons for the time being. This is a relatively recent discovery. Let say you are in the 18th century. You will have to follow the train of the thought of these early physicists. First of all, you might already be aware that Benjamin Franklin called one type of charge as positive and the other type of charge as negative. You have already got the details by Conifold by the time I was typing the answer. The functional definition is positive charge is that it is the charge that is obtained by rubbing glass with silk. Label the glass rod as positive electricity. Rub the resinous bodies, and you get negative electricity. This is the functional definition of the negative electricity.

So far there is no need to invoke electrons and protons. Now you may guess that how Volta would have tested the sign of the ends of this pile using his condensing electroscopes. Note that electrometers were a fancier version of determining the signs of charged objects. This term will occur in the suggested paper below.

With that you should this 1930's paper from Nature (Open access) in order to find the answer to your query The Original Mode of Constructing a Voltaic Pile. It is a single page article but it will clarify the junk our modern textbooks have created about the signs of the Voltaic pile.

Food for thought: a) Rarely any physics or chemistry textbook talks about about determining the sign of the electron's charge? How was this determined I will let you find out. Hint, it is also traceable to resinous electricity definition. b) How did the early scientists find out that the charge carriers in wires are negatively charged particles?

8
What is the history of electric current and resistance?

7
When and where was Electricity used for the first time?
4
Where did $P=VI$ come from?
2
What did Westinghouse use for power to drive Tesla's generators during the 1892 World's Fair
1
Where can I get early 20th century books on electronics and mathematics?
2
Did James Clerk Maxwell derive the permittivity of free space from his "Maxwell's" equations or was the parameter already known by him?