The first, known to me, drawing of a simulated view of Earth from outside—roughly passable* by modern standards—is this pic from 1834 attributed to Henry De la Beche

Was he the first who tried hard? Or you know earlier artworks presenting the scene using the best scientific knowledge available?

* De la Beche drew a large dark spot somewhere around Lake Chad in Africa, but completely missed a permanent (and anyway much larger) Lake Victoria. And the limb doesn’t look impressive – the most striking error is overextended Sea of Okhotsk. Otherwise the image appears to have a fairly good accuracy for a distant (a hundred megametres or more) view of the planet.

Wikipedia has a good list of such maps. The first one for me that shows the continents roughly as we see today (Minus Antarctica) seems to be the Kunyu Wanguo Quantu 1602 map, included below, which is only missing Australia and Antarctica, plus a fair bit of the North American continent. Another candidate, included below, is the Orbis Terrarum 1658 map which shows even Australia. Lastly, the first with the outlines of everything except for Antarctica more or less correct is the Samuel Dunn's map of the world (1794), which is the final one below. 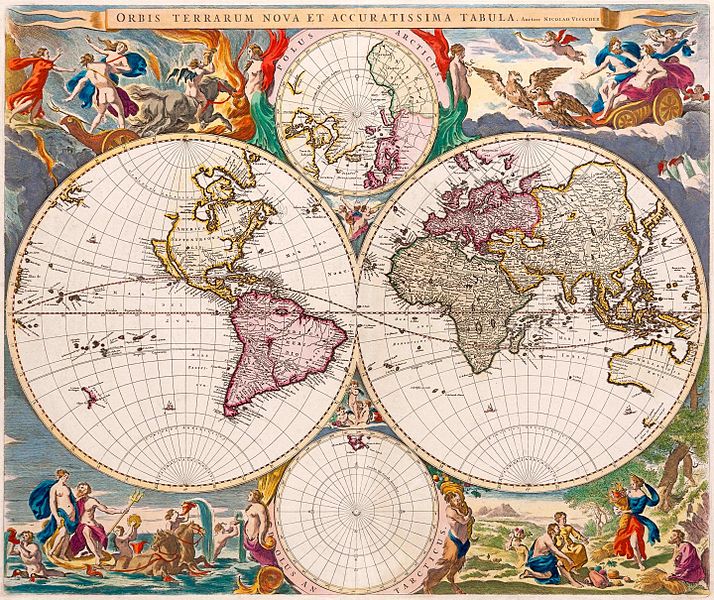 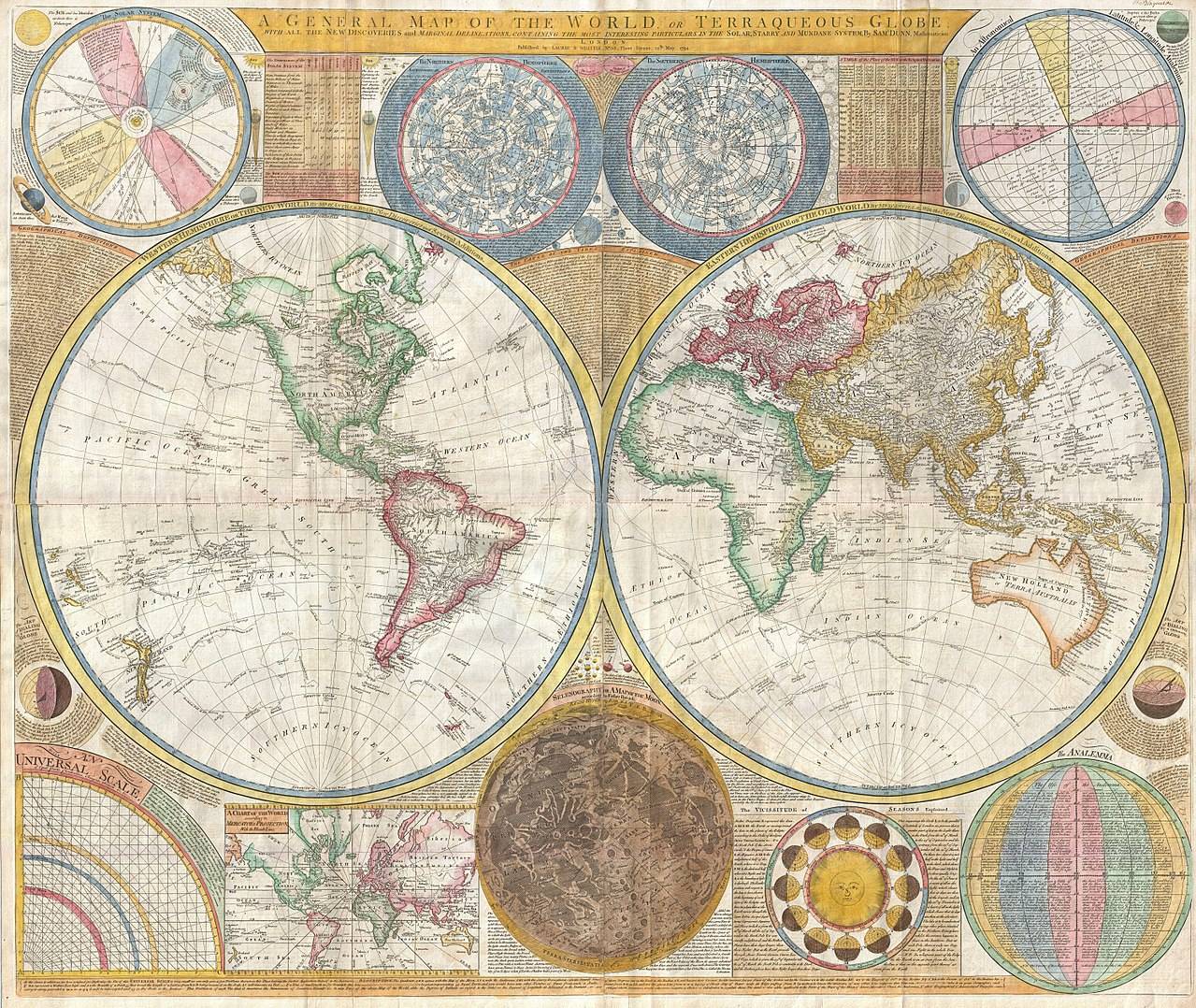 Not the answer you're looking for? Browse other questions tagged earth-sciences cosmology geography or ask your own question.

11
Who pitched in the theory of Hollow Earth?
14
When did we first begin to suspect that the Earth had an Iron Catastrophe?
5
When was the mechanism behind seasons on Earth discovered
3
How Copernicus figured out that it took 7 parts of water and 1 part earth until the entire Earth was submersed in water
5
Why is it that so many early astronomers and cosmologists wanted to believe in a static/infinite/eternal Universe?
4
How many people knew that Earth is spherical in different ages?