Did a boat full of Louis XIV's Jesuits and some Siamese dignitaries plan on seeing a solar eclipse on May 17, 1687

While the Siamese ambassadors and their entourage were visiting ship yards and armouries and making careful notes of all they saw, preparations were being made for the return journey in October.

Uniforms for 500 soldiers were provided, and 1800 pairs of shoes for them. The number of troops was 600, with 160 cannon – including those requested by King Narai plus more cannon used as ballast on the ships, together with 2,000 cannon balls, 2,000 grenades, gunpowder for cannons and for 300 muskets, and this was only part of the armaments sent with the ships. The expedition was led by Simon de la Loubère a diplomat and Claude Céberet du Boullay a director of the Compagnie des Indes Orientales (CIO). Tachard was going back carrying out instructions from Phaulkon.

The ships were also laden with gifts for King Narai, including carpets, elephant harnesses and decorations, a celestial and a terrestrial globe both specially printed in Siamese, telescopes and other scientific instruments and 4,264 mirrors. Phaulkon was to be made a French Count and given the Order of St. Michel. His wife was to receive a harpsichord and three musicians – equipped with the scores of Lully, Louis XIV's favourite composer.

1,361 passengers in addition to crews and soldiers were loaded onto the Oiseau, Maligne, Gallard and Normande, Loire and Dromadaire, plus three store ships. Including General Desfarges, his two sons, his officers and his bombardiers.

They finally left France in March 1687. On the 11th May there was an eclipse of the sun, observed by the Siamese and the Jesuits, and they passed the Tropic of Capricorn. The voyage did not go well. Because of the Revocation of the Edict of Nantes the French were not welcome at the Dutch ports on which they depended for stop-overs, and there was a lot of sickness on board the overcrowded ships. The Maligne was sent back from the Cape and the other five ships went on to Siam, arriving late September.

This sounds like quite a big deal and observing a solar eclipse must have been ancillary, assuming that they even knew about it.

Below I show a screenshot of (probably) the path of totality; NASA warns that the plot is for "development purposes only" :-) But it would have been visible as a partial solar eclipse and viewable/enjoyable by pinhole or eyepiece projection or anyone unwie enough to look directly at the Sun.

Question: Was observation of the May 11, 1687 solar eclipse expected by the Jesuits and Siamese dignitaries aboard this ship? Was observing the eclipse in some scientific way part of the plan, or was this "just one of those things" that happen?

See also List of Solar Eclipses in the 17th Century 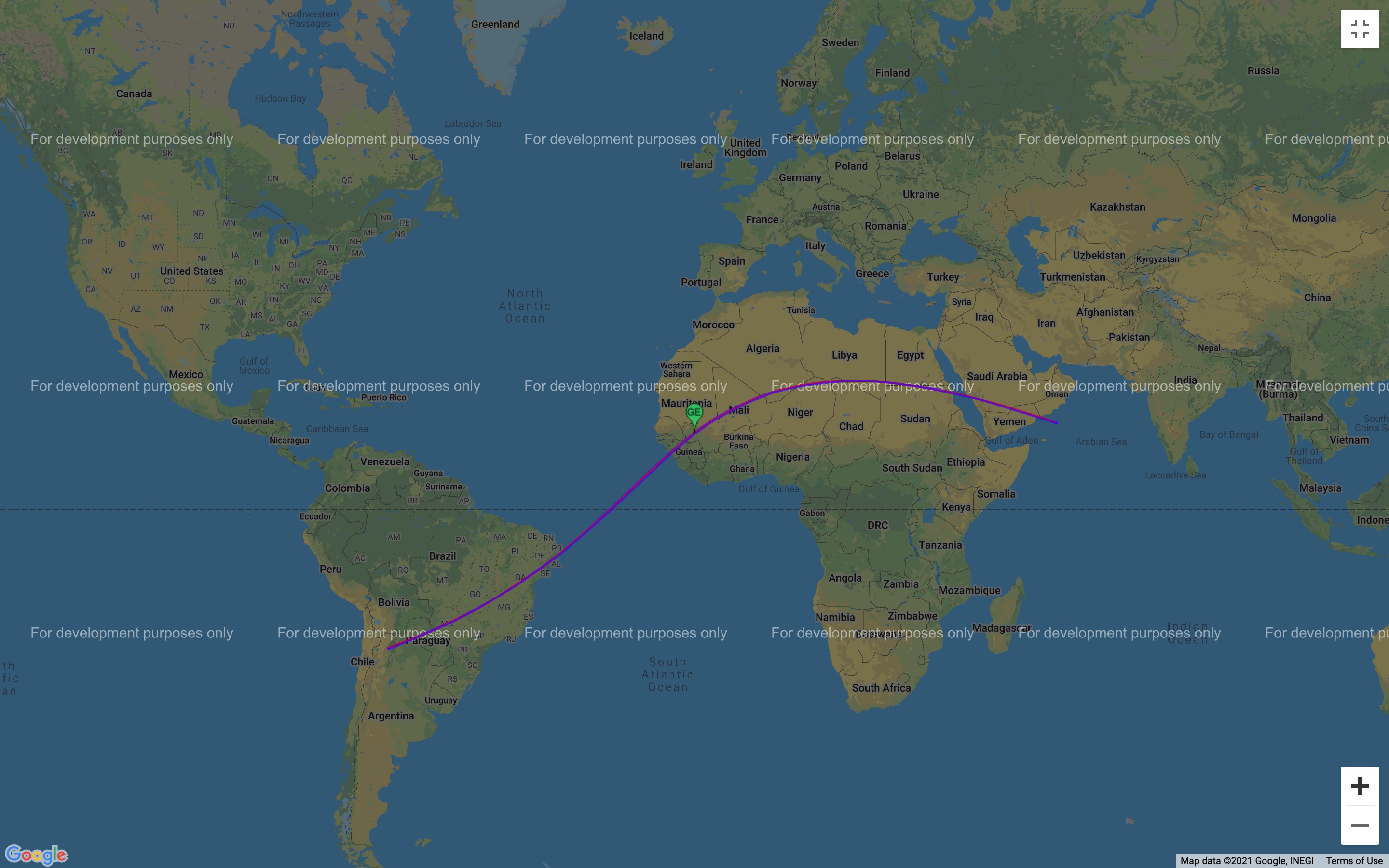 Browse other questions tagged astronomy 17th-century france or ask your own question.

4
Could 17th century astronomers in the Netherlands predict solar eclipses a few months in advance?

22
When did it become possible to predict the time and place of solar eclipses?
18
Did Archimedes use epicycles in his planetarium?
6
When did the estimates of planetary distances made between Ptolemy and Copernicus produce the pattern suggesting heliocentrism?
3
Did the Mayan's really predict the solar eclipse?
5
Was Captain Cook’s voyage to observe the transit of Venus going to enable better ship navigation at the time?
1
Precision of Ancient/Medieval Astronomy (wrt Eclipses)
1
What did the ancient Greeks know about the solar system, and how?