I am conducting a little research about the origin of the "de" in a version of the name of the Danish astronomer "Tycho Brahe", namely, "Tycho de Brahe".

In the Danish language, there is no "de". I was able to find it in Portuguese, Spanish, French, Italian and Romanian. Note that similar words also exist: "von" in German or "van" in Dutch. These words are used to indicate a place of birth, belonging to a noble origin or just a part of a last name.

Question: What is the origin of the version "Tycho de Brahe" of Brahe's full name?

Hypothesis: a historian from the mentioned list of countries started to use it and it become a wide-spread mistake since then. 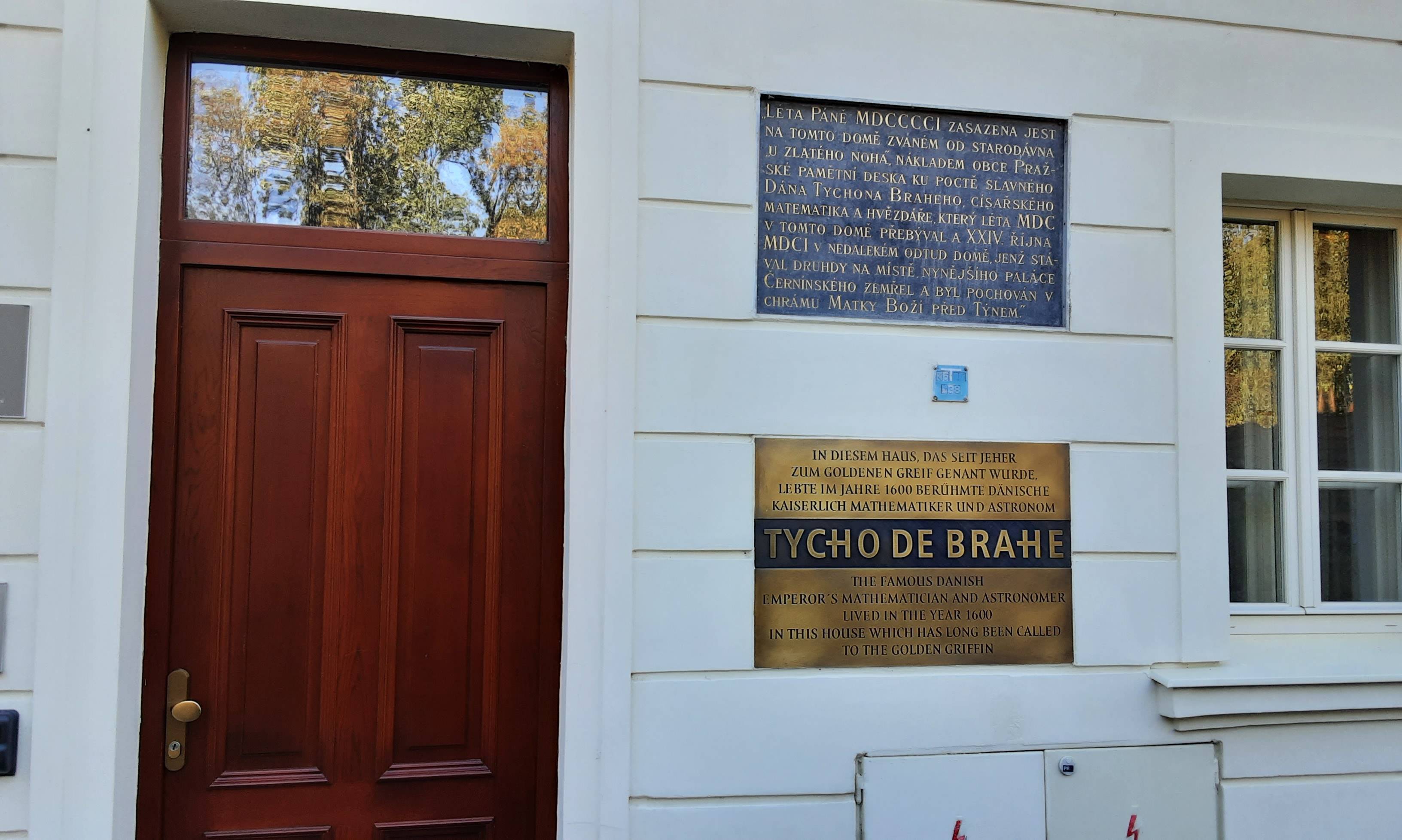 The earliest use of "de Brahe" I have found is in a letter in German dated 26 July 1589, by one of Brahe's royal admirers, William IV, Landgrave of Hesse (1532-1592), reprinted by Brahe in his Epistolarum astronomicarum libri : quorum primus hic ... principis Gulielmi Hassiae Landtgrauij ac ipsius mathematici literas, unaque responsa ad singulas complectitur. The copy of the book linked here was printed in 1610, but the same letter appears in a 1596 edition. (For those who have trouble reading the old German type, the next page has a translation into Latin.) William wrote "zu dem Tychoni de Brahe", where the syntax of the sentence puts the name in the dative case. ("Zu" implies dative in German; the dative form of the Latin name "Tycho" is "Tychoni".) As Stephan Mattheisen points out, the words "Tychoni de Brahe" are in Latin, set in Roman type, the rest of the sentence is in German, set in German type. The Latin word "de" means "from", the equivalent of German "von".

The other letters in this book show Tycho's usual signature was "Tycho Brahe", so in a sense William's use of "de Brahe" is a mistake. But not so serious a mistake as to prevent Tycho from reprinting it verbatim in this collection of letters.

Google Books shows many pre 1700 instances of "de Brahe", often in German. I ran across an instance in the 1680 Leipzig Cometischer Gedenkzettel by Christianus Uranophilus. He reports "Anno 1590, gedencket Tycho de Brahe eines Cometens. In diesem Jahre ist an vielen Orten grosse Hungersnoth gewesen" (="In 1590 TdB observed a comet. In that year great famine occurred in many places.") The same method turned up multiple instances of "de Brahe" in a 1594 collection of Anacreontic verse, Columbae Poeticae by Friedrich Taubmann, a professor at Wittenberg. This book is discussed in a modern work, that I wish I could understand better. It seems possible to me that Taubmann used "de Brahe" to fit the meter of his verse form.

I have read the article from Alena Šolcová. However, there is evidence that she is wrong that this is a mistake that was only introduced in the 1800s. Here is a book from 1769 having "Tycho de Brahe" in it. 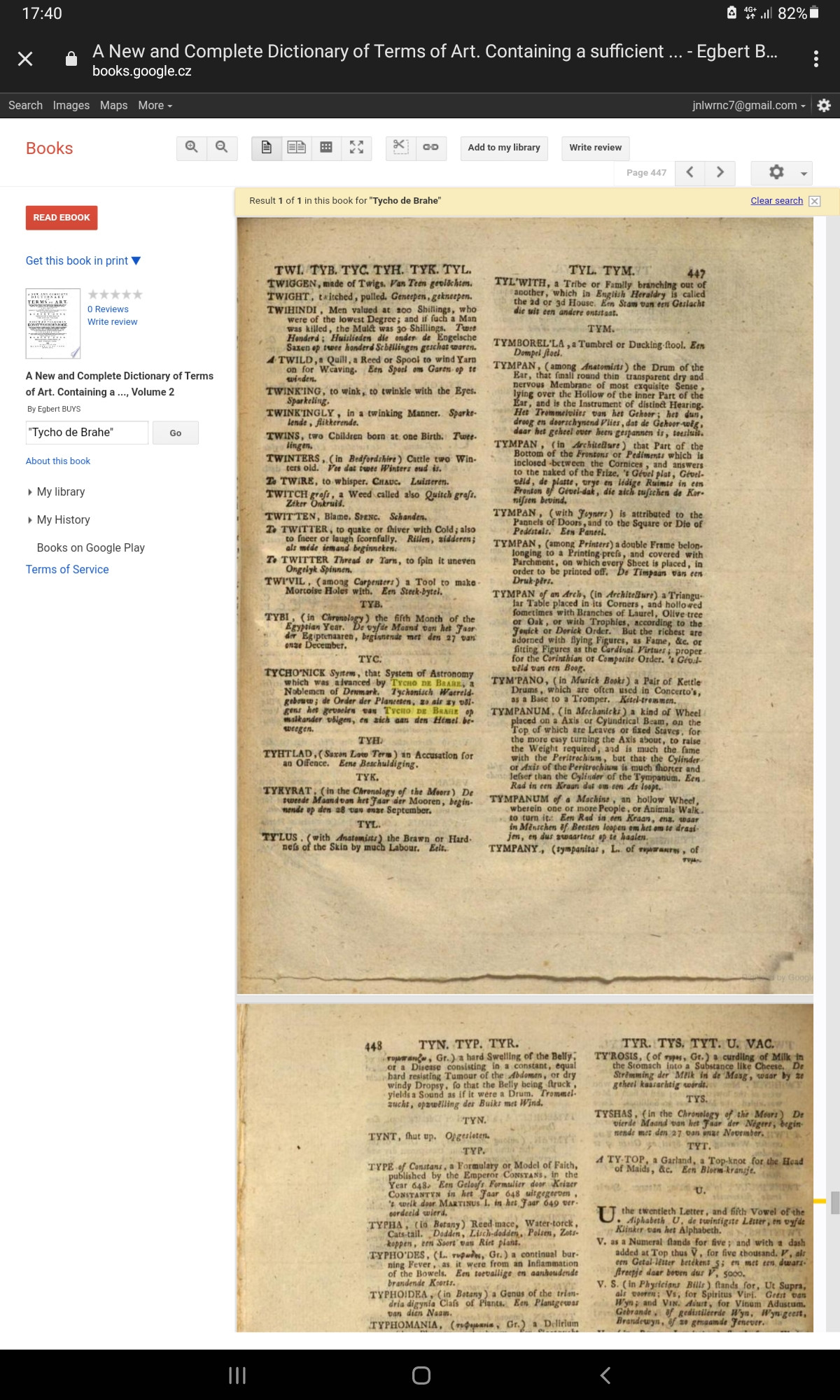 A Czech researcher, Alena Šolcová (who has an asteroid named after her, so she must be right) concluded in 2005 that this mistake was introduced in the 19th century, in works by Amalia Schoppe in 1839 and Anton Fähnrich in 1841.

De is also common in Dutch, like Hugo de Groot or Karel de Grote. In the latter, "de Grote" describes Karel: he is big (not so much in size as in the size of his empire. If the word "de" is coming from another language I would find it more likely that it comes from another Germanic language, i.e. Dutch, than from a Latin language like Italian or French.

Not the answer you're looking for? Browse other questions tagged astronomers brahe or ask your own question.

3
How was stellar parallax tested by Tycho Brahe?
1
Who were the other European astronomers who identified new stars around the time of Tycho Brahe?
37
Why do we call Tycho Brahe by his first name?