Who were some physicists with musical background?

Looking in Google I just got modern names like Brian Cox or Brian May (from Queen), but are there famous historical physicists that had also received formal musical education?

Classical education included music as one of the liberal arts since the times of Plato's Academy, see quadrivium, so most physicists had musical background until the end of 19th century. But there also seems to be something of a general appeal music has for physicists that continues into recent times, see Gold, Is it the mystery, or the structure, or the discipline?

Heisenberg: "Werner Heisenberg was born in Würzburg, Germany, on December 5, 1901, and from birth, he seemed destined to become a concert pianist. With help from his mother, Anna, Werner was reading sheet music by age 4 and conquering the masterworks on the family's piano by the time he was 15. But Heisenberg's musical aspirations were slowly sabotaged by the family's book collection. His father, Albert, was a professor of Greek at the University of Munich, and Werner took a liking to rummaging through his dad's bookshelves. Before long, the young Heisenberg decided he preferred Archimedes to Mozart, and science replaced music as his passion."

Einstein:"It’s little known that Einstein was an accomplished violinist, and even less known that had he not pursued science, he said he would have been a musician... He confessed to thinking about science in terms of images and intuitions, often drawn directly from his experiences as a musician, only later converting these into logic, words and mathematics.".

Helmholtz:"Palestrina's music clearly caught Helmholtz's imagination. In his volume On the Sensations of Tone, he repeated the latest findings on the composer's alleged Protestant influences; for the Prussian scientist, they explained the clarity of Palestrina's style. His analysis of the Stabat mater was directed at giving this clarity some foundation in the composer's acute awareness of distortions in harmony. The basic idea was that a composer's knowledge of how to combine sounds would come forward in the music itself, even if there were no explicit rules and even if the rules that had been formulated through instruction would not account for the physiological conditions of hearing."

Huygens: "Like his father, Christiaan was a more than competent musician. But whereas Constantijn enjoyed concert performances and the social possibilities that they opened up, Christiaan’s interest in music was more theoretical. In common with many thinkers of the 17th century, he had his own ideas of how music should sound, and he devised a division of the octave into 31 carefully spaced notes that he calculated would both make for a pleasing sound and facilitate matters important to performing musicians, such as transposition between keys. Unlike most, however, he went further and had built for him a special harpsichord that demonstrated this system. Perhaps Christiaan’s feeling for music helped him to the realisation that, like sound, light too travels in a wavelike fashion."

Satyendra Nath Bose, an Indian physicist and polymath, is famous for having collaborated with Albert Einstein on his original work, which came to be called Bose-Einstein statistics. However, very few people know that Bose was gifted at playing the Esraj, an Indian stringed instrument similar to the violin. He often used to perform for his students and colleagues at Calcutta and Dhaka universities. 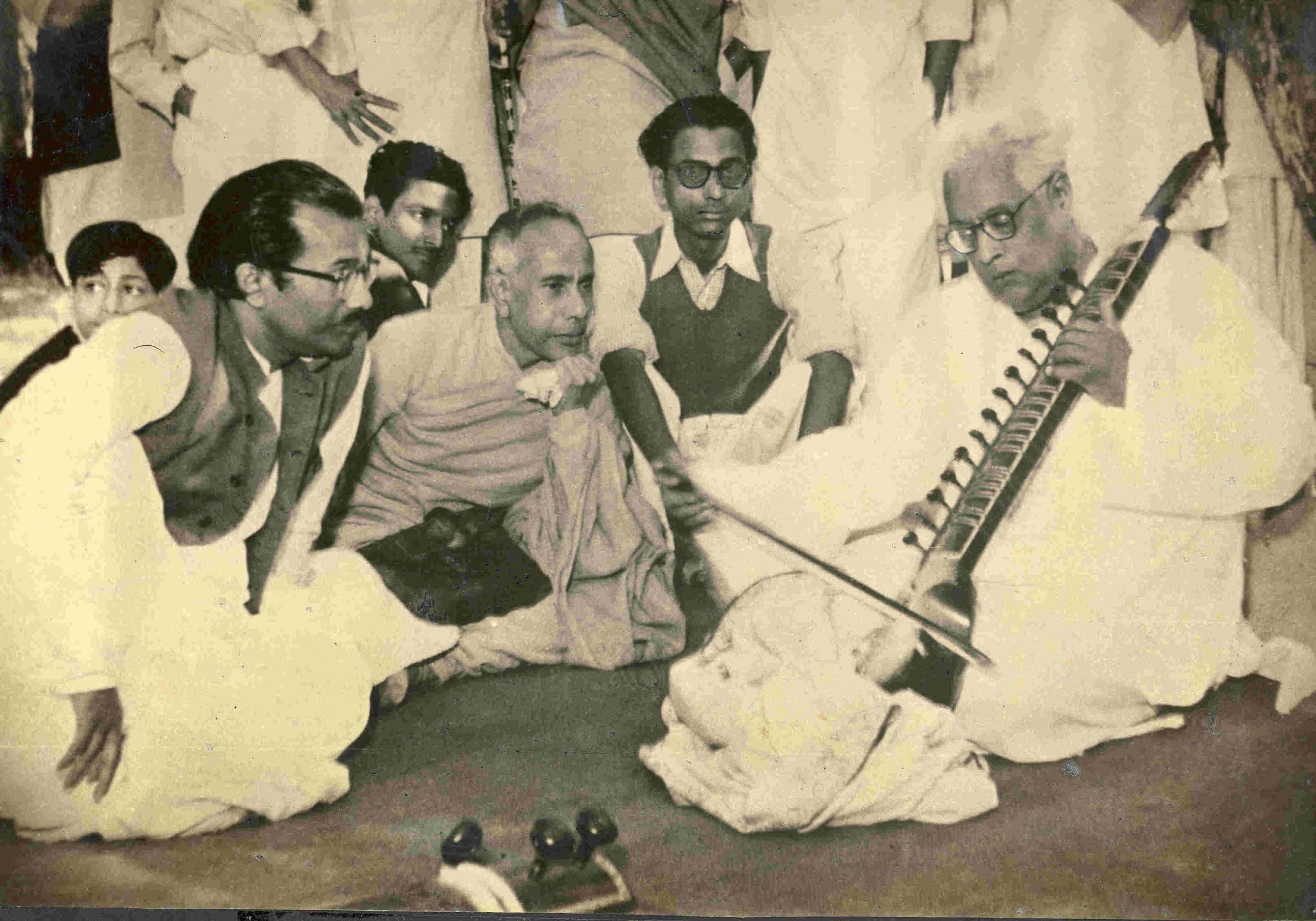 Boltzmann was a trained classical pianist who was taught by no less than Anton Bruckner.

Boltzmann was well known for performing Liszt's piano transcriptions of the Beethoven symphonies, large sections of which he could play without the sheet music to guide him.

William Herschel comes to mind, if you consider this polymath to be a physicist - he built telescopes, discovered infra-red radiation in sunlight, discovered Uranus, and more.

Recordings of his compositions are available.

I'm not sure how far it really went, but Feynman was famous for his love of bongos and played them on many occasions: Richard Feynman Bongo Drums "Orange Juice" (YouTube).

Max Planck was a singer, pianist, organist, and cellist on the verge of studying music instead of physics. Apparently he had absolute pitch and even composed an operetta [2].

Prof. J M A Danby ('Tony Danby'), physicist & mathematician and author of the well-known "Fundamentals of Celestial Mechanics" (1962 and later editions), with minor planet 3415 Danby named after him, was also in his earlier days a professional musician, in the mid-1950s first-chair oboist in one of the London orchestras among other musical positions.

William Hershel has already been mentioned, but Caroline Lucretia Herschel (sister to William) was also a musician: a harpsichordist and singer. She made some of the first performances of William's musical work. Indeed it was through their musical collaborations that Caroline began to assist William in his astronomical work, eventually becoming an independent researcher and (arguably) the first professional female scientist.

My favorite was Edward Teller. In the summer of 1972 he gave all 48 Bach Preludes and Fugues and got me interested in Baroque music. (I am now 80 and still trying to memorize the BWV1013 flute partita.)

In the engineering class, a student asked, "Dr. Teller, how small can you make a nuclear device?" He replied, "We don't advertise this, but we made some that didn't go off at all."

Galileo Galilei not only had a musical background (his father was a professional musician and he became an accomplished lutenist himself) but he allegedly used his musical skills to measure time in his experiments about free fall. Therefore, Galileo's musical background played a crucial role on his discoveries in Physics.

0
Who were some mathematicians who have had a musical background?