What was the pre-Renaissance proto-perspective scaling technique for painting square tiled floors?

I read once (I don't remember where exactly) about an early technique (Early Renaissance) to draw a square tiling floor in perspective. The next row in the drawing is done multiplying the previous one by a constant factor. My questions: 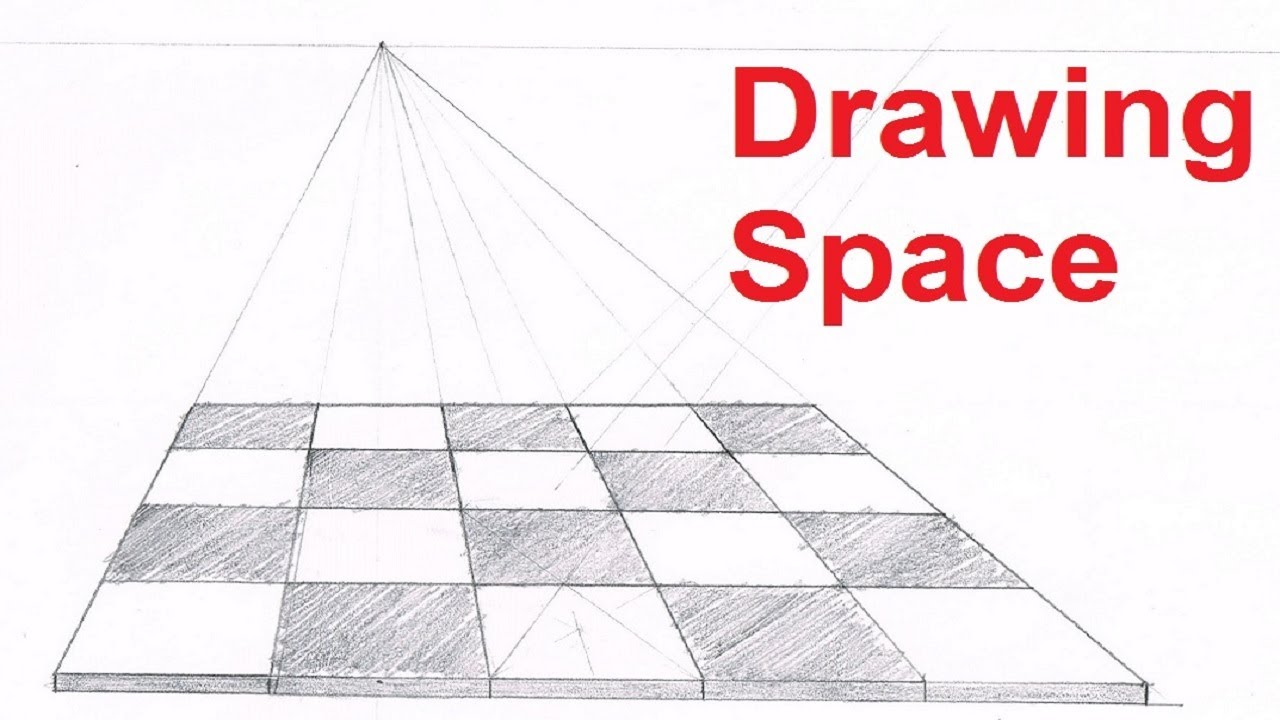 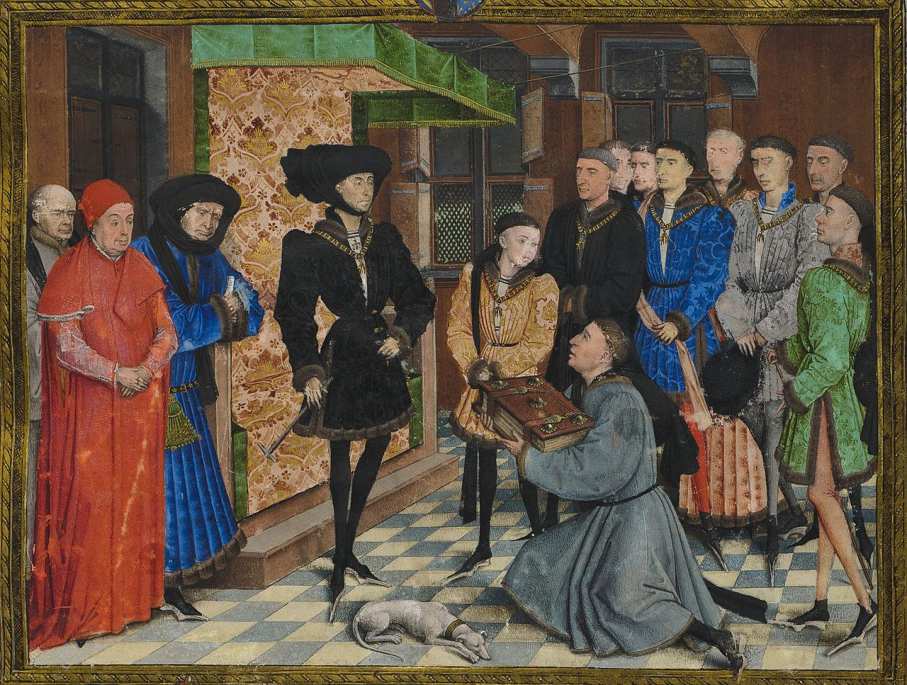 (2) Are there reliable sources/references that confirm this historical fact?

Probably, what you are looking for is the "method of superbiparticular", cited in Alberti's De pictura, that uses a fixed ratio of $3:2$.

As has already been noted in the comments, during the Middle Ages and the early Renaissance (and actually even afterwards), various rules of thumb were used. The main sources relating to these rules (besides the paintings themselves that were made following them, but in general it can be very difficult to understand which rule was used by the author, considering that different parts of the painting, such as the characters, the floor and the colonnades, could follow different rules, and that the same author could change the rules from one painting to the next) are two: Leon Battista Alberti's De pictura (written in 1435 in Tuscan with the title Della pittura, the Latin translation bu the author dated 1440 circa) and Le due regole della prospettiva prattica (sic), of Jacopo Barozzi da Vignola, published posthumously in 1583 with extensive commentary by the mathematician Ignazio Danti.

Before Alberti, or rather, before Piero della Francesca, the rules of pictorial representation were based on Peckham's Perspectiva communis, which in turn is a synthesis of Alhazen's De Aspectibus (translated in the Tuscan dialect at the end of the 14th century).

Peckham speaks of bodies arranged in a continuous and orderly manner.

The 'ordered proportion' is handed down from the translation of Euclid's Elements by Gherardo da Cremona, and consists of two series of quantities in which the terms of each series are in proportion according to an identical ratio (i.e., two series like $A,B,C$ and $D,E,F$ such that $A:D=B:E=C:F$). This proportion can be used to describe a colonnade: the apparent heights of the columns and the apparent distances between pairs of columns maintain the same ratio and are therefore in ordered proportion.

Continuous proportionality is appropriate to describe apparent quantities that decrease in perspective, e.g., the heights of figures or columns and the depth of floor tiles or ceiling coffers.

'Superbipartiente' is a term from medieval mathematics and music and indicates a proportional ratio of two thirds; more precisely, it indicates the decrease of one third of one of the two quantities (e.g., as in the sequence 9, 6, 4).

Alberti harshly criticises this construction in chapter 19 of the first book of De pictura:

[...] Then some would draw a line equidistant from the diagonal of the square, and divide the space between the two lines into three parts. Taking two parts, they would draw a line at this distance from the other and proceed according to this rule, so that the space that is between the first line and the second, divided into three parts, exceeds the space between the second and the third line by one part, and in so doing, to put it as mathematicians do, the spaces would be superbipartienti. And so they would indeed do, who, although they claim to follow a certain better way of painting, nevertheless I think they are not a little mistaken, because they have placed the first line at random, and although the other lines follow according to their rule, they have no idea where the apex of the visual pyramid is, and so they make no small mistakes.

Unfortunately, Alberti does not explicitly mention those "nonnulli" who use this wrong technique.

Alberti, in order to prove that the method of superbiparticular is wrong, refers to the diagonals. If the construction were right, the diametrically opposite points on the various trapezoids representing the floor tiles would have to be aligned. Indeed, aligned points project into aligned points and must therefore be drawn on the same line (chapter 20):

[...] And the fact that the drawing is thus correct can be seen from this: that if you join the diameters [i.e., the diagonals] of the squares together as represented, you get a single straight line.

For example, if you observe Ambrogio Lorenzetti's Annunciazione, dated 1344, which actually does not use the method of superbiparticular, you will notice the gradual curvature of the diagonals, even though the lines coming out perpendicular to the eye converge correctly, when prolonged, at the central point (try prolonging the diagonals in this blow-up).

In the Presentazione al Tempio (1342) above, we observe the same problem concerning the diagonals, but now the row widths are in geometric progression (alas, I do not have the original painting available, so my calculations have no value, but it seems to me that the ratio of the row widths is about $7:5$, not far from the superbiparticular ratio).

Coming back to the method of superbiparticular, the reason why Alberti considers it wrong is that the first line is placed at random ("quod cum casu primam aequedistantem lineam posuerint"), while the fact that the row widths are in geometric progression is not a problem, on the contrary, it is acceptable to him ("tametsi caeterae aequedistantes lineae ratione et modo subsequantur"), because it follows the continuous proportionality described by Campano da Novara. To overcome Alberti's error, one will have to wait for Piero's De prospectiva pingendi where he demonstrates that the decrease in apparent magnitudes is determined neither by a proportion of those described in Book V of the Elements, nor by the distance separating the plane of representation from the eye, as Alberti claims, but is regulated by the proportion that these magnitudes have both with the distance between the eye and the plane of intersection, and with the distance between the plane of intersection and the thing seen.

Clearly, as the Lorenzetti's example shows, the method of superbiparticular was not the only "empirical" technique used by pre-Renaissance painter. For example, in Le due regole della prospettiva prattica (1583), Danti cites this wrong rule, still used in his time: fix the center point and divide the base line in parts. Draw a quarter of a circumference, and divide the arc into a number of equal parts (it is suggested to divide it into 15 equal parts), join these parts with an appropriate point and draw the parallels.

8
What were Riemann's other two submissions for his habilitation?
8
What is the history of the meanings behind the word "Geometric"?
9
What was the best approximation of π known to ancient Babylonians?
6
What did Delaunay invent Delaunay triangulations for before computers were developed?
1
When was the special relation between sides in a triangle with an angle of 60 or 120 degrees written for the first time?
0
What is the History of Coordinates?