Earliest depictions of the infinite

So far, the earliest examples are related naturally to temporal extension and religion, not surprisingly, given the diurnal, lunar, and seasonal cycles and the cycle in nature of birth and death.

Theoretical arguments concerning infinite geometric divisibility and extension are associated with the Greeks some 2,500 years ago.

The earliest mirrors were made at least 6,000 years ago, I expect some of the prosperous with exceptional mirrors at some time played with multiple reflections, which continue to amuse movie audiences today, made the mental leap to an infinite number, and felt compelled to record their observations and idea for others in schematics/drawings that may have survived somewhere, particularly since religious significance was often associated with people's reflections in mirrors. (I'd be interested in a verbal record of this as well.)

Look at the highly suggestive recursion of triangles in two columns of these 5,000-year-old [temple mosaics][1] of Uruk in ancient Sumeria. 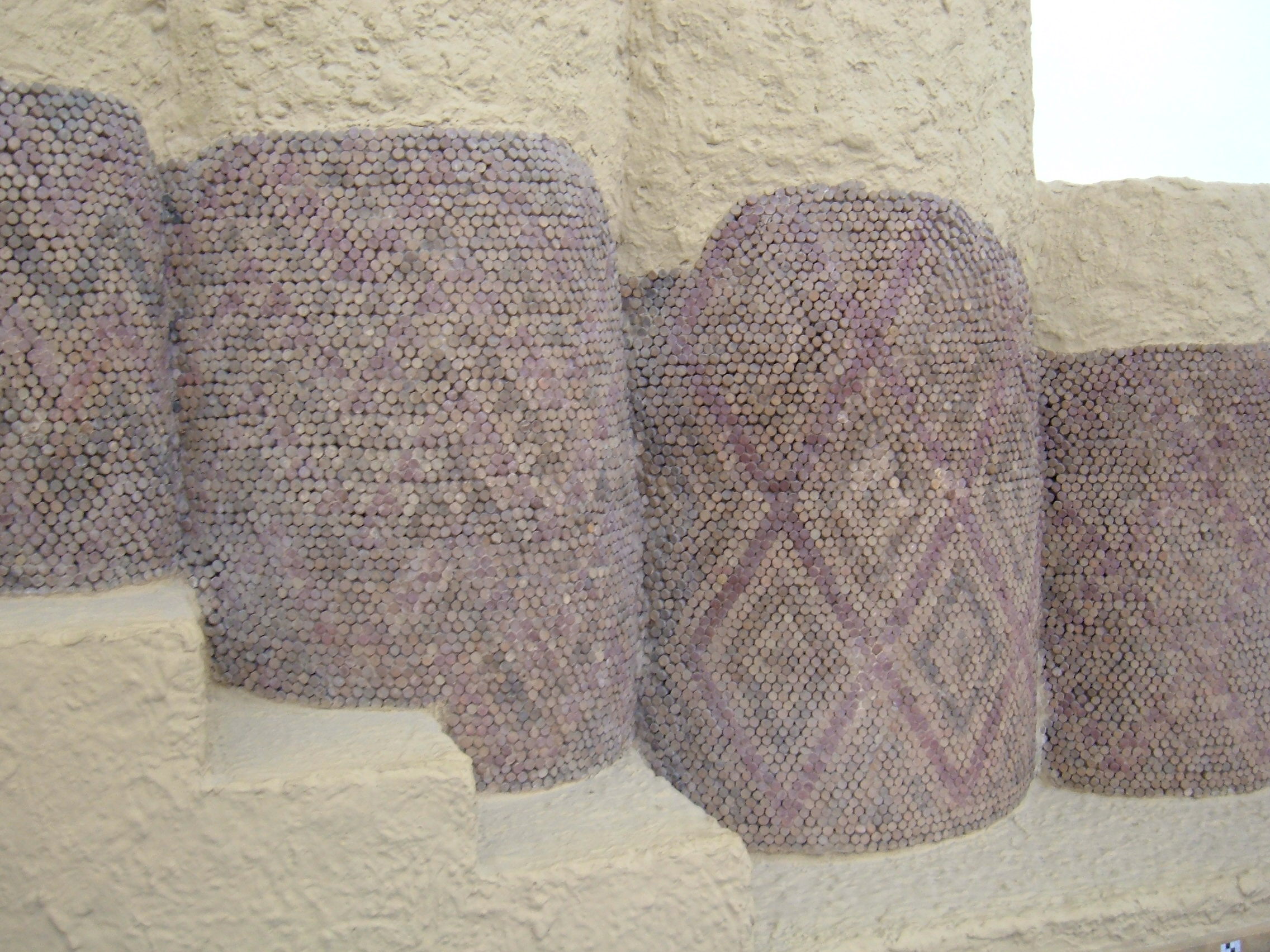 I will start with the second question first. Obviously, diagrams can only depict a finite pice of a line or curve, so we wouldn't "clearly" know if infinite extension is meant unless there is an accompanying text saying so. It is unlikely that practical geometrical concerns of ancient Egyptians and others encouraged recording such thoughts even if they did occur, which is likely. Ancient Greeks were first to start recording abstractions of this sort, and as far as I know the earliest surviving record is postulate 2 in Euclid's Elements: "let it be given that a finite straight line can be produced continuously in a straight line". Postulate 2 most likely dates to late Pythagoreans like Hippocrates and Oenopides of Chios (5th century BC), and the tradition attributes an even earlier proposition (about parallels cutting an angle), which can be generously read as implying indefinite extension, to Thales of Miletus (6th century BC). But was Thales, if it was him, the first to conceive of an infinitely extending line? Probably not.

This illustrates the difficulties with finding "the earliest symbol" in general. Here are two contenders for the first question.

Ankh, ancient Egyptian symbol for "mythical eternal life" and "rebirth", similar in meaning to also ancient Egyptian scarab, and later Ouroboros, unbroken circle, "snake biting its own tail". Medieval alchemists occasionally twisted the circle into a horizontal figure 8, which may or may not have inspired John Wallis to introduce $\infty$ into mathematics in 1667. Alternative theory is that he simply closed Greek $\omega$.

Endless knot, Shrivatsa in sanskrit, "an ancient symbol representing the interweaving of the Spiritual path, the flowing of Time and Movement within That Which is Eternal".

Certainly not the earliest, but Escher liked these hyperbolic tessellations, which show the infinite in a finite space... 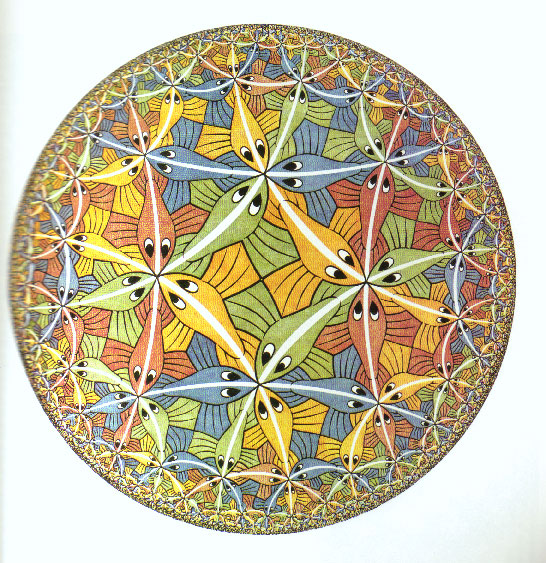 Not the answer you're looking for? Browse other questions tagged mathematics or ask your own question.

5
History of infinite series
6
Did Leibniz use infinite numbers?
4
The earliest definition of number
5
What is Newman's "infinite number of curves"?
6
Meaning of passages by Gauss on the "convergence of expansions (in infinite series) of the (elliptical) equation of the center"?
4
What are the earliest known proofs that planimeters 'work'?