When was the division between the troposphere and stratosphere determined?

Nowadays, science is aware of the divisions of the Earth's atmosphere, particularly the division between the troposphere and the stratosphere, as shown in the diagram below: 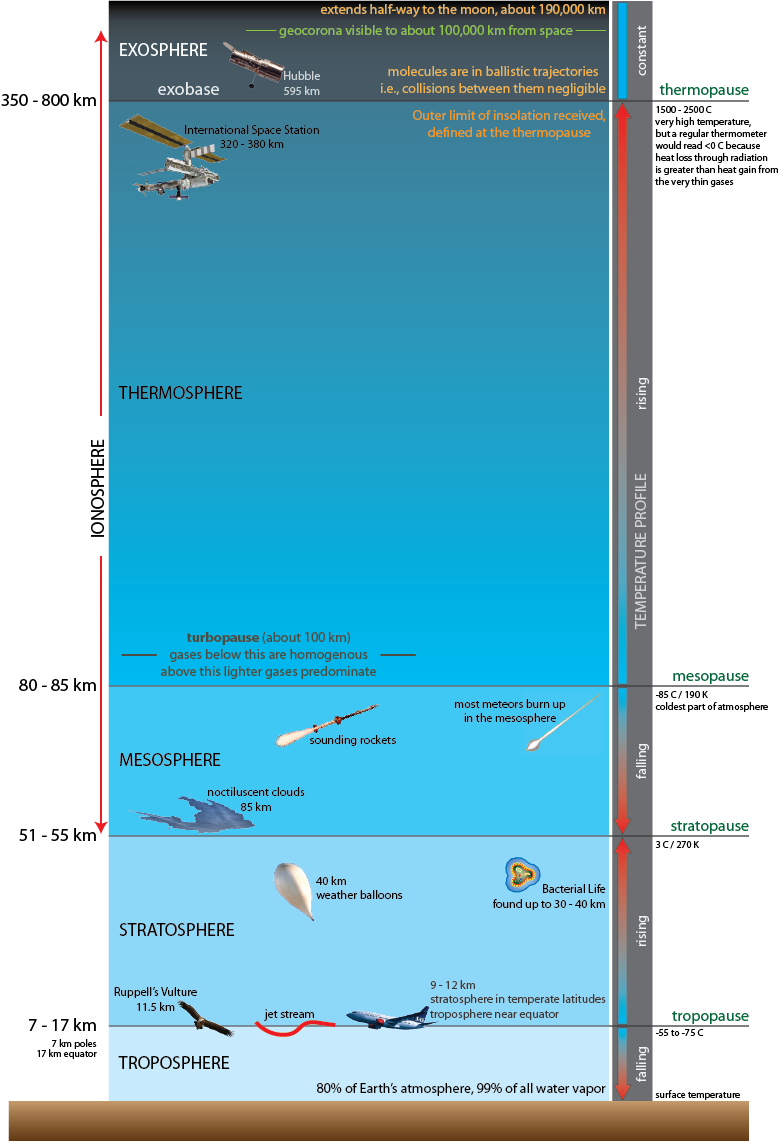 When and how was the division between the troposphere and stratosphere determined?

According to the webpage the tropopause (Birner, 2008), ironically the discovery of the tropopause (boundary between the troposphere and stratosphere) was almost entirely accidental and was considered to be an error at first.

The discovery started out of a dilemma, from an earlier discovery in 1787 by Horae Benedict de Saussure that air temperature drops with higher altitude, (The tropopause discovery and demarcation, Hoinka, 1997):

So many researchers of the day (mainly in France and Germany) went for a balloon ride, and took temperature and pressure soundings at very high altitudes and noted that there was an area of constant temperature - this is what was originally noted as a measurement error initially. But repeated soundings confirmed the existence of a 'pause' in the temperature drop in the troposphere and

It took Teisserence de Bort almost 10 years and more than 200 collected soundings to trust his results enough and have the heart to report his results to the French Acadamy of Sciences in April 1902 and announce the discovery of an isothermal layer ("zone isotherme" in french). As little as three days(!) later the German R. Assmann announced essentially the same discovery to the German Academy of Science referring to the isothermal layer as upper inversion.

The boundary and the description of the lower stratosphere continued during what was known as "International Aerological Days" in the early years of the 20th century.

The "isothermal layer" detected by Teisserence was the lower stratosphere (the isotherm can be seen in the diagram below):

11
How was the Ozone Layer discovered?

11
How was the Ozone Layer discovered?
5
When was the optical effects of air pollution first measured, and by whom?
10
When and how it was discovered that sound is related to some kind of oscillations?
8
speed of light measurement
3
Lise Meitner's contribution to this experimental apparatus and research effort?
3
How was the spontaneous symmetry breaking introduced and how did it lead to the Higgs mechanism?
2
When was it first noticed, or demonstrated, that radioactive material became warm?
2
What was this experiment tainted by the observer effect?