When was the first command-line interface developed?

I want to know what the first command-line interface was, and when it was. That is, the first time one could type in a command on a keyboard or similar, and receive feedback via a screen or teleprinter, as opposed to entering commands via paper tape, etc.

According to a wikibook Operating System Design: "A command line interface or CLI is a method of interacting with a computer by giving it lines of textual commands (that is, a sequence of characters) either from keyboard input or from a script. They were originally developed for interfacing with computers over teletype machines in the 1950s". Landley in The Art of Unix Usability explains further that CLI "were closely associated with the rise of timesharing computers. The concept of timesharing dates back to the 1950s; the most influential early experiment was the MULTICS operating system after 1965; and by far the most influential of present-day command-line interfaces is that of Unix itself, which dates from 1969 and has exerted a shaping influence on most of what came after it... The widespread adoption of video-display terminals (VDTs) in the mid-1970s ushered in the second phase of command-line systems."

The teletype itself predates electronic computers, mechanical engineer Charles Krum filed patents for "typebar page printer"in 1903, and for "type wheel printing telegraph machine" in 1904, both based on the 1902 idea of electrical engineer Pearne. In 1906 Krum's son Howard developed the start-stop synchronizing method for code telegraph systems, which made possible the practical teleprinter. In 1908 a company eventually called Teletype Corporation was founded to mass produce the devices. Here is what ASR-33 Teletype (1963), used to interact with time-sharing IBM mainframes, looks like: 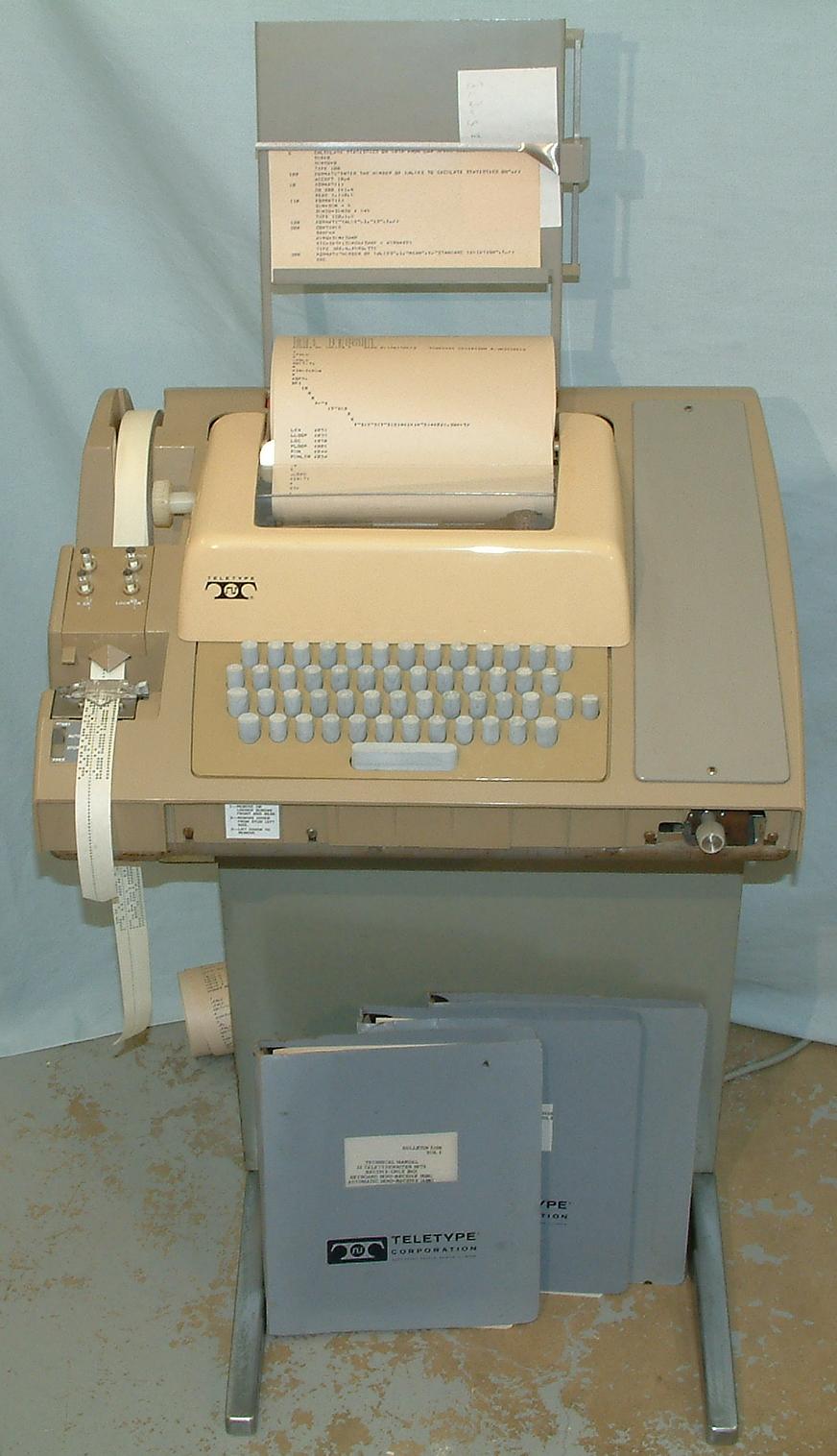 Not the answer you're looking for? Browse other questions tagged computer-science or ask your own question.

30
Was object oriented programming influenced by the mathematical category theory?
7
What was the first programming language that implemented hash maps / dictionaries as a base type?
5
When was the first appearance of the abbreviation RSA?
4
Why was the 'differential entropy' from information theory so named?
10
What is the first reference to a nondeterministic Turing machine?