Galois quote about his refused work

On page 10 of this article (in Portuguese), I read that Galois used the following phrase when his memoirs weren't accepted by the French Academy of Sciences:

Could someone give references or details on this quote?

This is a scanned PDF of Evariste's work, that includes the memoir you're mentioning (parent page): 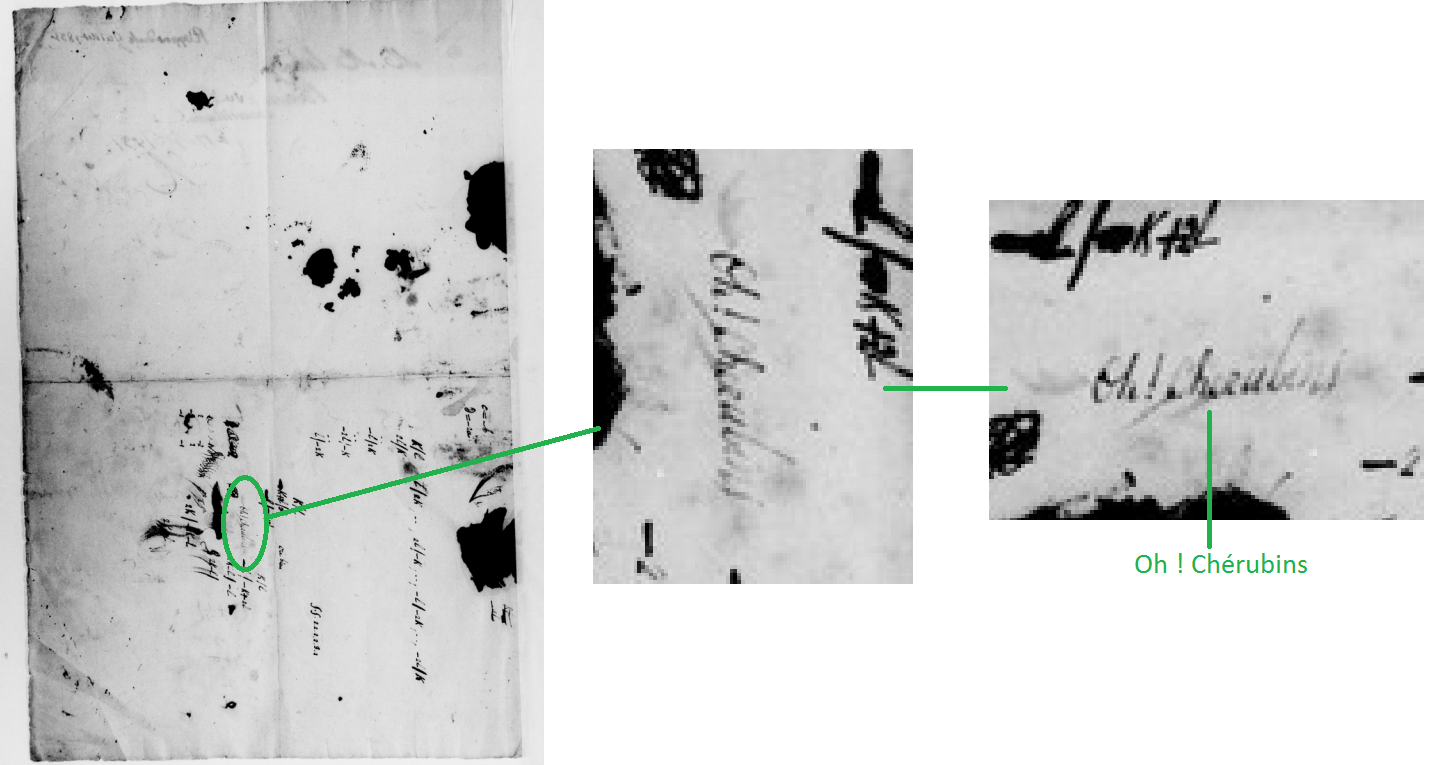 The only explanation I could find is here (French).

Galois wrote this "Oh ! Chérubins" on the back of the cover sheet after the memoir had been (again) rejected. Presumably this is addressed to Mr. Lacroix and Mr. Poisson, whom Galois considers to be responsible for the rejection.

"Oh ! Chérubins" may be considered as a both condescending and sarcastic cry.
However, even for a French speaker, this is hard to interpret, since this expression is not common at all. In French, the word "Chérubin" is a kind of angel, or, in the colloquial language, an innocent child. Anyway, this word is not very common.

[EDIT] I've found another version of the paper in an old magazine I had bought 20 years ago. Oddly, the stains do not look the same, but the text itself matches perfectly. I've scanned this from "Pour la Science - Les génies de la science - n°14 - Evariste Galois" (February 2003):

Not the answer you're looking for? Browse other questions tagged mathematics mathematicians biographical-details quote galois or ask your own question.

11
What is the original source for Abel's quote about Gauss:"He is like the fox, who effaces his tracks in the sand with his tail"?
14
Did Grothendieck really say that he felt "clumsy, even oafish, wandering painfully up an arduous track"?
4
Biography of Galois in English
2
Did Galois make use of the concept of a basis?
6
A branch of mathematics which refused to be rigorous?
4
Lost memoir of Évariste Galois