How can we account for the independent inventions of place value all using the same direction?

I was looking up some ancient ways of writing numbers, to use as part of a lesson on the history of discovery of new numbers, for some young students. In particular I looked at the notation used by the ancient Babylonians, Mayans, Chinese, and Egyptians. According to what I read, all of them had a concept of place value except the Egyptians. Those that did have a place value used different bases, respectively of 60, 20, and 10.

What surprised me is the fact that in all three of these examples, the place values are structured so that powers of the base increase from right to left, just as they do in the current standard notation. I see nothing canonical about this decision. It could just as easily have been left to right, top to bottom, bottom to top, along some diagonal, or even indicated by size of the symbol. In fact we find most of these variations and others when we look at different inventions of writing words. So is there an explanation for this common choice?

A quick search yields no examples with an alternative place value system. It seems the ancient Indians also developed place value the same way, though I didn't come across a picture of the exact notation. Maybe this question seems lazy but I'm in the middle of teaching an intense program where this would be useful, and would like a quick answer if possible.

Is there an example of an alternative development of place-value in the ancient history of inventing symbols for numbers? If not, is there some archaeological justification for this cross-cultural phenomenon?

I don't think the position of place value qualifies as a "discovery" as it's not a natural phenomena. I would qualify it as a convention and conventions usually evolve as matter of connivence attached to some previously existing technology or biases built into the human body structure, neurology or preceptive field.

In this case, its likely the predominance of right handedness in humans which in turn biases the visual attention to attend first to the the right visual field and for to the upper right of objects. So for computer screens, abaci, counting bowls, pits tables etc or even patches of sand or other flat writing service, our built in bias is to start in the upper right hand corner.

I think it also important that placeholder numbers were actually seldom written in the vast majority of their day-to-day uses but more often entered into some kind of physically tallying/calculating tool like an abacus or counting bowls/pits/tables. In all such traditional tools I can think of, the user puts the first markers in the upper right hand corner and works to the left and/or down. Only when all the counting and calculation had been performed was a final number transferred to writing and in most cases, they simply remembered the number.

Also, class bias likely played a role making a divide between those whose used placeholders for numerical data and calculations but seldom wrote versus those who seldom used numerical data of any kind but who wrote a lot more often.

Well up to the time of Newton in most of the world's major cultures, numerical data was for commoners, usually "grubby" merchants, while the elites concerned themselves with the "higher purer" world of largely dimensionless geometry which involved little numerical data. Counting things, making tallies and sums was undignified grunt work and fit only for plebes.

As a result written numerical data, tallies and especially calculations are extremely rare in the written historical records up until the 1600s. (Newton's first proofs of his laws of motion were purely geometrical.) So even in cultures that wrote left-to-right or vertically, the actual work of counting and calculating used tallying and calculating tools instead of writing down numbers and performing calculations on paper. All those tools started their operations in the upper right hand corner owing to built in anatomical bias. Later, when such tools or their outputs were converted to writing on horizontal surfaces, paper, tablets, walls etc. the right to left placeholder convention followed from the tool even in languages that wrote left-to-right.

I doubt the convention is truly universal as other technological factors or previously existing convention will override the bias in some case. For example, many early astronomers trained themselves to write with their left hands without looking so their right hand could manipulate their instruments while their eyes remained fixed on their celestial object under observations. The text of such writing usually went right-to-left even in languages that normally wrote left-to-right. It was simply easier to blindly position the left hand at the right edge of the paper or tablet and move to the left. Try it yourself and you'll see. 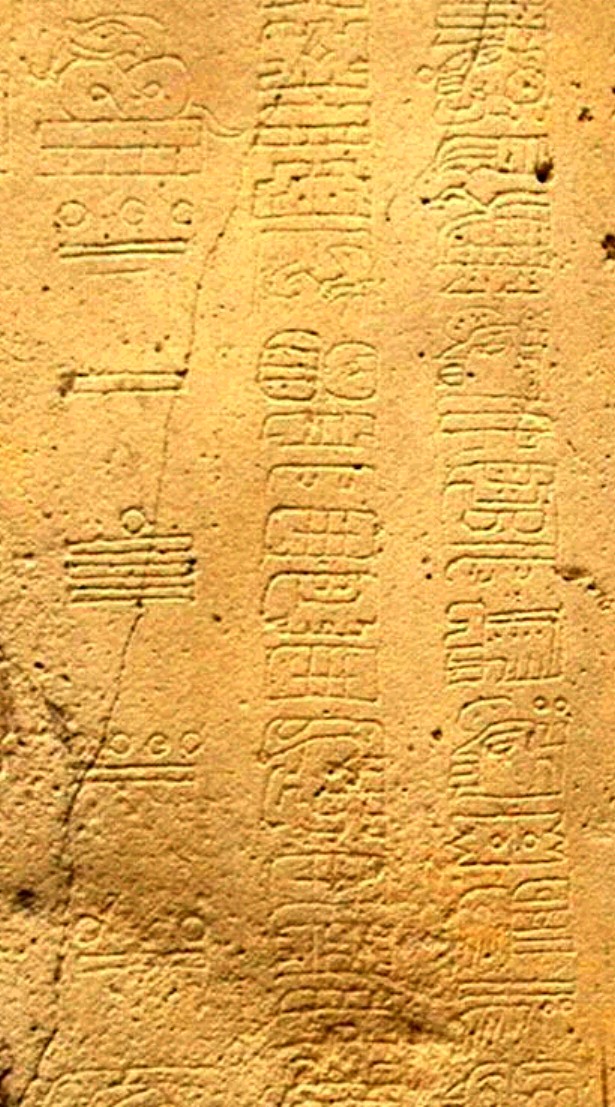 Aryabhata used the opposite way as shown in the above article.

He used alphabets to represent numbers, most useful for brevity and poetry. Most math rules are given as SUTRAS!

Not the answer you're looking for? Browse other questions tagged mathematics number-theory teaching or ask your own question.

10
Who discovered the power rule for derivatives?
11
Who gets credit for the real numbers?
8
Who introduced the notation $y|_{x=a}$?
4
Was “peasant multiplication” ever used as the predominant method of multiplication?
5
What is the origin of the Chinese Stick Multiplication method?
4
Has any large group of people used a base other than 10, 20 and 60 for ordinary purposes?