How did quantum mechanics become well known by (non)-scientific community.

Today it is well known even by the non-scientific community that there is a part of physics that deals with the very small called quantum physics. My question is how this became "common knowledge". I don't imagine there was a headline in a newspaper that read something like "Matter has a wave nature, read all about it".

Does anyone know therefore how and when (roughly speaking) this shifted both in the wider scientific and non-scientific community?

I can tell "how" but cannot tell exactly "when". It was indeed different from the general relativity which really had the newspapers headlines, after Sir Arthur Eddington made an observation confirming it (see the nice movie "Einstein and Eddington").

In the case of quantum mechanics, everything was much more calm. It gradually spread through the popular expositions, and then penetrated high school textbooks. When exactly it penetrated high school textbooks, is a good question, and I do not now the exact answer on this. I conjecture that this happened only after WW2, when there was a sudden public interest to physics in general and to atomic bombs in particular.

EDIT. My experience with undergraduate students shows that it is still not much familiar to the non-scientific community.

EDIT2. Perhaps one reason is that QM developed more gradually, and through the effort of many people, and it is much harder to explain. 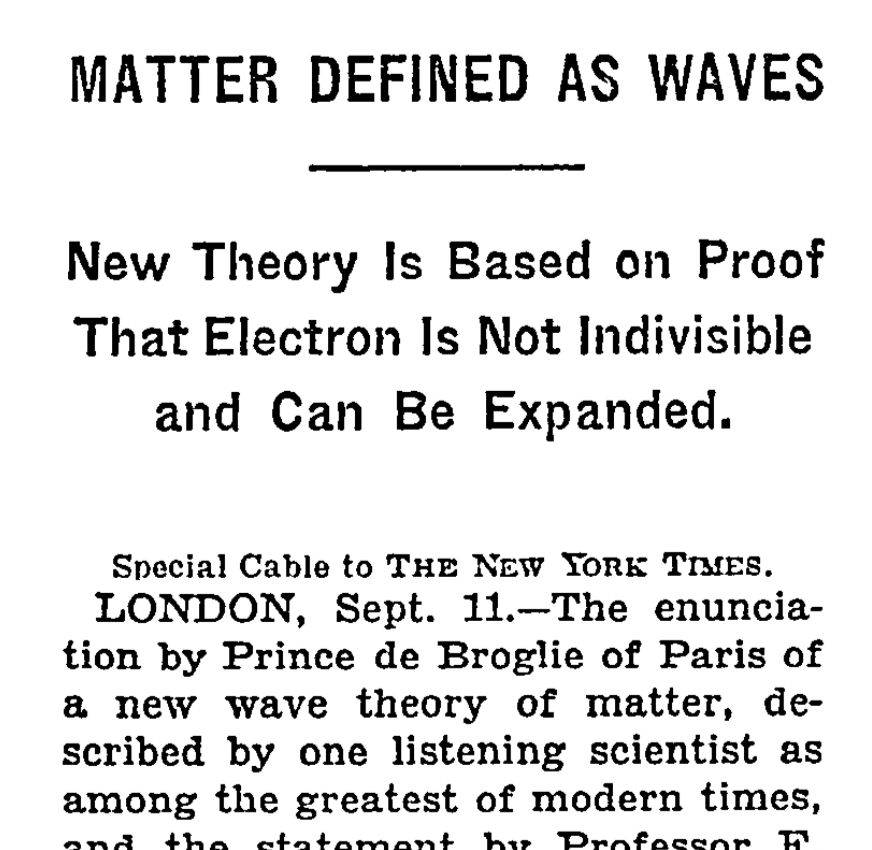 Far more important (...) are the lengthy and detailed reports of Bohr’s talks, which, every single day following one of his lectures, appeared in the New York Times [November 7, 8, 9, 14, 15, 16]. These newspaper articles are of a far higher quality than most of those which today pass for science reporting. They played a central role in bringing twentieth century conceptions about the structure of matter for the first time to the attention of a wide audience. On 6 and 20 January 1924 the Sunday editions of the New York Times carried long articles on Bohr and the atom in their special features section.

Even that wasn’t the first appearance of quanta or wave-particle duality: as far as I can tell from the Times archive, that distinction goes to similar conferences of Sommerfeld on September 18, 1922: 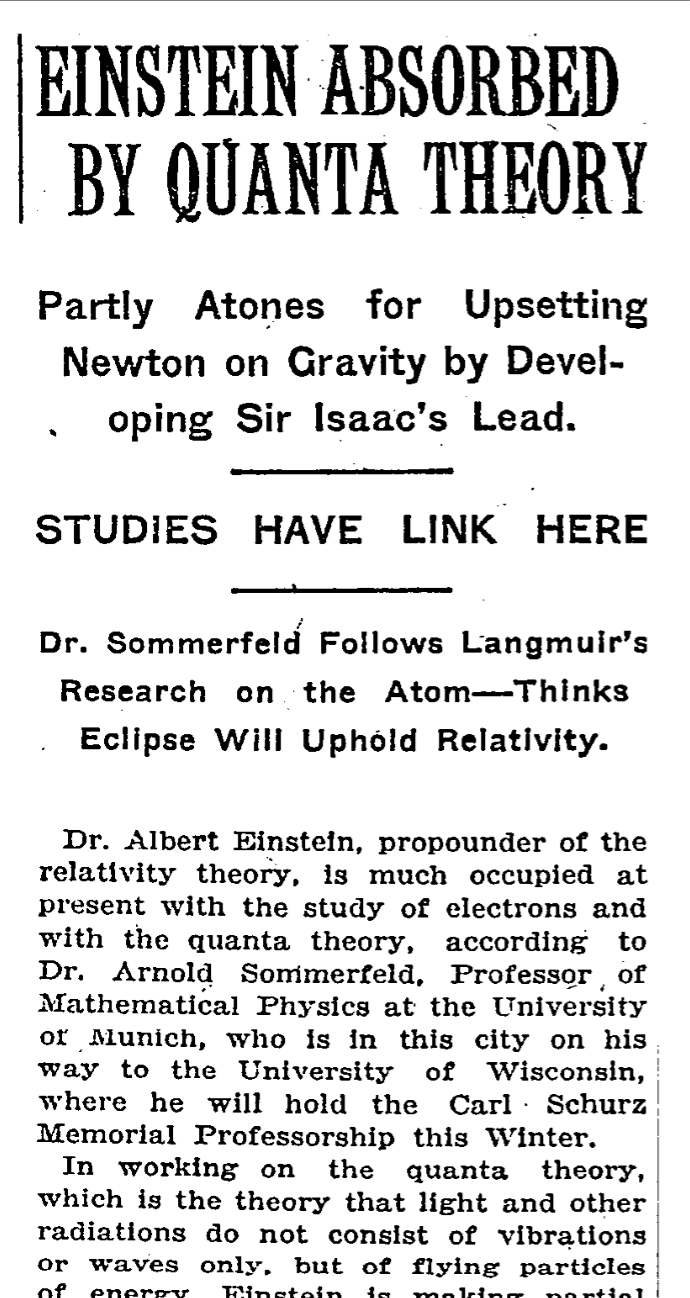 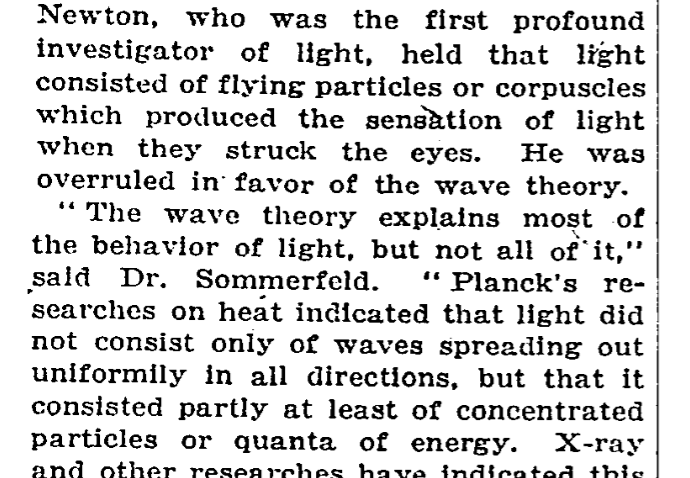 So I’d say media awareness started rather earlier than previous answers suggest, and likely drove the reaction in cultural circles.

The answer to this question cannot but be very vague and much country-dependent. Even when on limits itself to the scientific environment it has to be considered that quantum mechanichs, shared with relativity a curious fate: it was termed as "non arian physics" or "hebrew physics" and so much opposed by sort of "conservative" physicists in Germany and Italy, but also in some other European countries.

But we can put some landmarks, here and there. In 1932 Heisenberg was awarded the Nobel prize and in 1933 Schrodinger and Dirac as well. So we can fairly say that apart from this conservative resistance I mentioned above, by that moment quantum mechanichs was mainstream in modern physics. On the other hand in 1929 the poet D.H. Lawrence wrote the following poem

because I don't understand them

and they make me feel as if space shifted about like a swan that can't settle,

refusing to sit still and be measured;

and as if the atom were an impulsive thing

which shows that the theory was already circulating in cultural circles. It should be no surprise since at the time it was normal for famous scientists to be invited to give "open conferences" to a general audience (which for example Bohr did the first time he visited USA).

So if we consider that Heisenberg's uncertainity principle is from 1922 (EDIT 1927), De Broglie PhD thesis from 1924, the famous Vth Solvay Conference in 1927 we can say that during the 20ies the theory both rapidly spread in scientific circles and in cultural ones. The thirties, together with the opposition I mentioned, brought this somewhat to a stop, The theory was still perceived to be controversial, and this might explain why it took much more to have it so widely accepted to arrive to high school textbooks.