Artillery was established in Europe around the year 1400. But physics, the mathematical and systematical description of how objects fall, the foundation of engine construction, didn't dawn until about 1600 with Johannes Kepler's explanation of planetary movements. And physics didn't become (potentially) practically useful for artillery until the better part of that century later with Newton's math describing forces and vectors.

Here's a battery of sub-questions for inspiration. Please aim, fire and duck as you please among these bullet points: 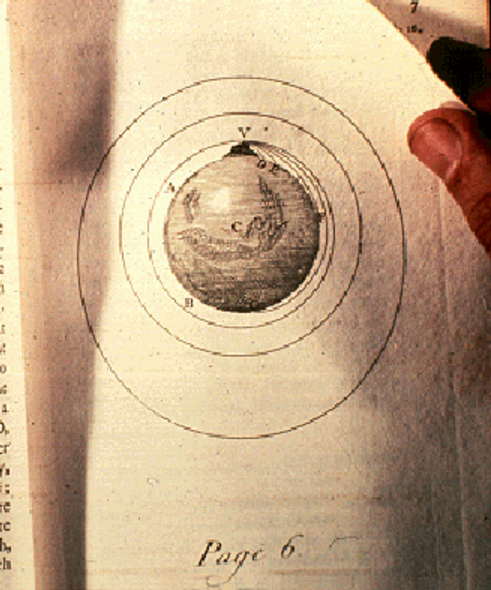 The interaction of physics and artillery begins with Galileo (there was no physics to talk about before that time except the statics). There are pictures in the books before Galileo which show completely unrealistic trajectories of projectiles.

Galileo developed a computational device which he called the Geometric and Military Compass, which he produced and sold, and trained people to use it for profit. From this time artillery is connected with physics. Earlier artillerists used their experience to aim their guns but there was no science to help them, except trigonometry.

Application of physics to artillery is called ballistics. There are two kinds of ballistics: interior and exterior. Exterior ballistics studies the motion of a projectile in the air, and it is based on mechanics. Interior ballistics studies the motion of the projectile inside the gun barrel, and it uses much more advanced physics. As I said, scientific exterior ballistics begins at the time of Galileo when the laws of motion were discovered. Interior ballistics begins with the attempts of Euler to describe what happens inside the barrel. These attempts were unsuccessful, because physics at the time of Euler was not sufficiently developed. One had to wait for thermodynamics which is a 19s century creation.

On interaction of physics/mathematics and artillery. Probably there was a lot of interaction because many leading physicists and mathematicians were interested in perfection of artillery (like Galileo, Descartes, Euler, and many later mathematicians). Of course, once a physics law is discovered, the rest of the work, application of the law is the business of mathematicians. Some famous 20s century mathematicians worked on ballistics, for example, J. E. Littlewood.

Perhaps the most important contribution of artillery to physics and mathematics was indirect: governments are generally reluctant to spend money on science and education, but military needs force them. Take for example, the establishment of the famous educational institutions in France, like Ecole Polytechnique. The original purpose was to train the army officers. But one side result was strong development of physics mathematics in 19s century. Of course this pattern continues nowadays.

Not the answer you're looking for? Browse other questions tagged physics medieval technology or ask your own question.

11
Who was Elissaeus Judaeus?
6
Why did Aristotle make mistakes in his laws of motion?
18
Conflict between physics and philosophy
1
How were particle physics calculations done before Feynman diagrams?
2
How was stellar parallax tested by Tycho Brahe?
0
Why was Courant's “Methods of Mathematical Physics” suppressed, by the Germans, during WW2?
3
How did $SU(2)$ came into physics?