What manuscript is depicted in the HSM advertisement?

The following advertisement recently appeared in the sidebar on math.se: 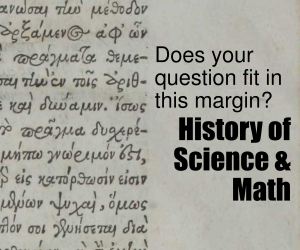 Is the Greek script on the left actually from a mathematical manuscript? What is its source?

mathematics reference-request ancient-greece
Share
Improve this question
edited May 17 '16 at 22:30

User plannapus points out that the proposer of the ad links to the original source, which is the first page of Diophantus’s Arithmetica, specifically the 1621 translation by Claude Gaspard Bachet de Méziriac. The right-hand side is Greek, and the left-hand side a Latin translation; the bottom seems to be the translator's commentary. 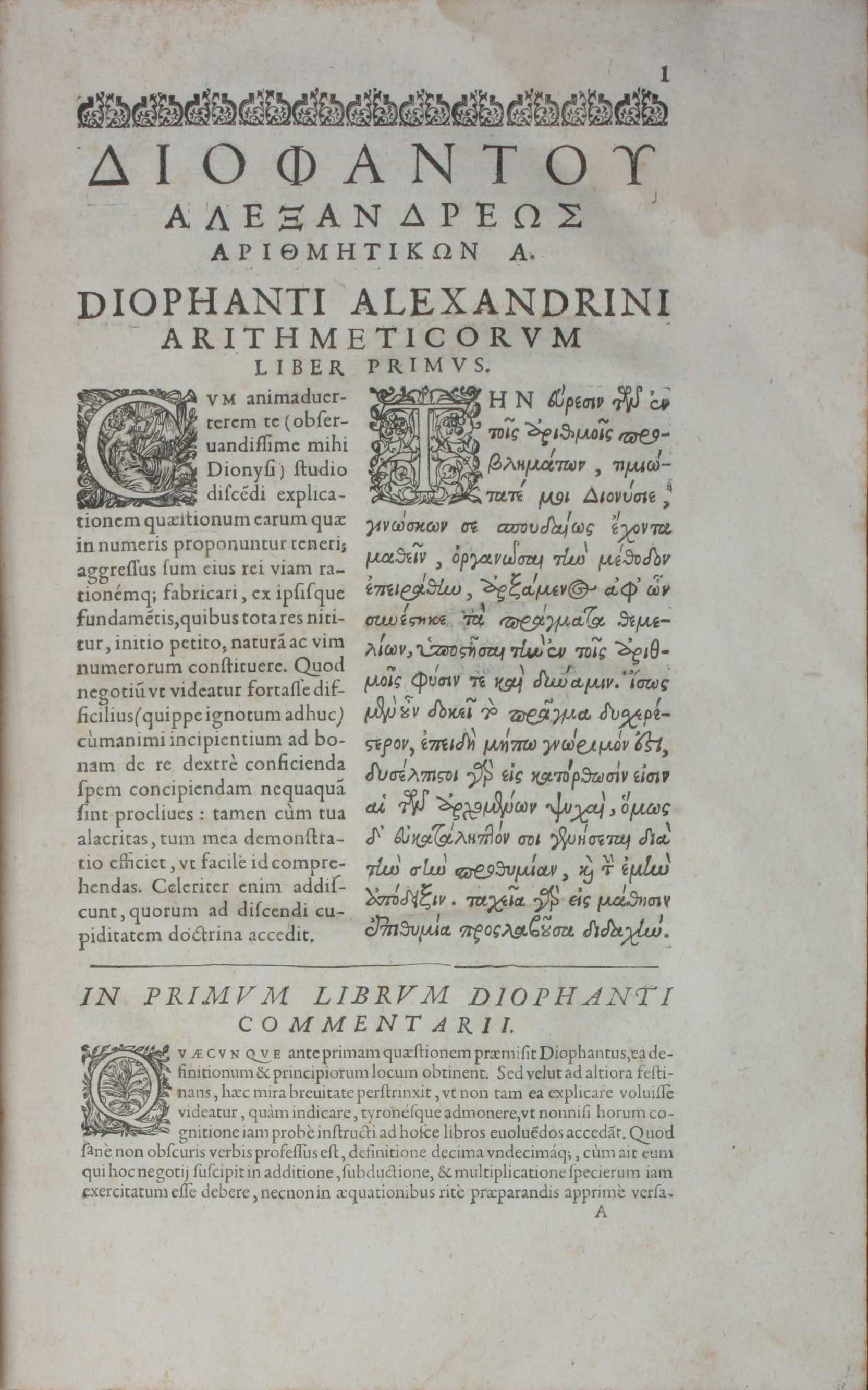 (Google Books has a scan of the British Museum copy of the 1621 version; it matches exactly.)

This is an allusion to Fermat's comment in his copy of Diophantus's Arithmetica, whose page I assume is reproduced in the photo:

"It is impossible to separate a cube into two cubes, or a biquadrate into two biquadrates, or in general any power higher than the second into powers of like degree: I have discovered a truly marvelous proof of it, but this margin is too small to contain it".

The comment was next to the Problem II.8:"partition a given square into two squares", the problem of finding the Pythagorean triples, triples of integers that can serve as side lengths of a right angle triangle. Diophantus does not mention the geometric connection however, see more under Who discovered integer triangles with one angle trisecting another?

Not the answer you're looking for? Browse other questions tagged mathematics reference-request ancient-greece or ask your own question.

6
Who discovered integer triangles with one angle trisecting another?

36
What new mathematics was inspired by biology and chemistry?
5
What edition of CRC mathematical Tables was the last to contain logarithmic tables?
12
How did ancient Greeks explain moon phases without reflection of sunlight?
11
Is the symbol for set membership $\in$ derived from greek letter $\epsilon$?
6
How was the focus/directrix property of conic sections discovered?
2
What did the Greeks call the “trial and error” reasoning process?
3
Whereabouts of oldest extant source for Apollonius’ *Conics*, Books I - IV
0
What is the story behind the recently discovered gear fragment of Olbia?
4
What are the sources for Democritus’ experiment of dividing a shell down to its atoms?
5
Did Archimedes view fractions as “numbers”?