I am trying to trace (as far as known) the first example of a digital computing device. I am discounting (no pun) an abacus because I regard that as a device for representing, storing and manipulating discrete, not binary digital, data values.

I have read that in 1937 Church and Turing published theoretical papers on computing. My understanding is that the (universal?) Turing machine does not explicitly require a digital representation of data and operations (maybe that is wrong).

I am trying to track down the point that it became clear that both data and operations could be represented by digital codes (maybe it was Church-Turing?). I have read that the earliest binary digital computers were produced by

Was this the time when the relationship between high-level operations (such as integer multiplication) and manipulating binary digits became explicit?

Digital devices were quite common since 19th century, they were called cash registers:

Many shops were equipped with them. Similar device for scientific/engineering purposes was called arithmometer,

In 1970s I was solving PDE's with this arithmometer:

or adding machine. The earliest ones appear in 17th century (Pascal is credited with invention of one.)

There were also quite sophisticated analog computers (as opposite to digital) and they were also in use since 19th century.

It has been claimed that the Jaquard Loom (1804) was a digital computer. (But not electronic, of course.) We could even say that it was binary, since on the punched cards that control it, in each locaton on the card there was either a hole or not.

Then there were music boxes driven by clockwork, where the notes where controlled by holes punched in a metal disk. 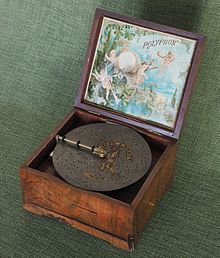 Not the answer you're looking for? Browse other questions tagged computers or ask your own question.

13
What was the first electronic computer?