What is the origin of the terminology 'spin up/down'?

Thus it seems that at the time, at least in the German-speaking scientific community, the terminology spin 'left' and 'right', rather than 'up' and 'down, was used for the two basis vectors of the spin-1/2 irrep of $su(2)$. Was this indeed common practice? If so, was this the original terminology used? And why and by whom was it changed to 'up' and 'down'?

NB. I can speculate that the following happened. 'Left' and 'right' may originate from the Stern--Gerlach experiment, of course depending on the direction of the external magnetic field in the original experiment. Later on, '$\leftarrow$' and '$\rightarrow$' might then have been replaced by the more compact '$\uparrow$' and '$\downarrow$' for typographical reasons.

Bethe is quoting and following Felix Bloch, who said left/right in (1929; 1930, p. 207). But I don’t think this was ever “common practice”. Stern, in his original Stern–Gerlach paper, drew the magnetic field $\mathfrak H$ and quantized angular momentum component $\mathfrak m_z$ vertically (1921, p. 251): 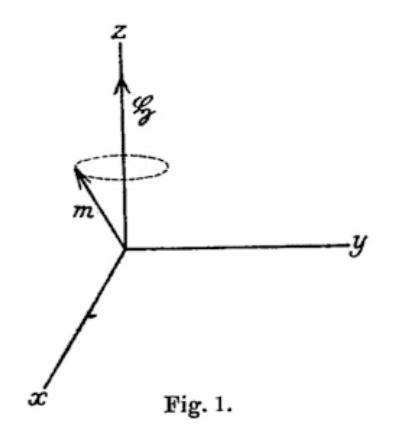 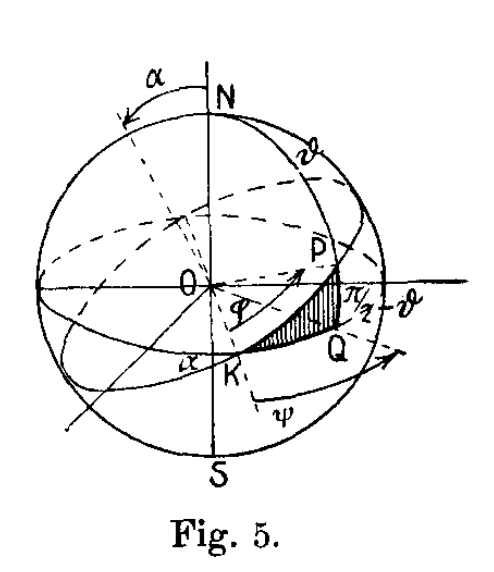 (If Fig. 6 looks like a horizontal component is being quantized, it’s only because the lines represent the orbital plane, not the angular momentum vector perpendicular to it; Sommerfeld didn’t switch to picturing the latter until Atombau’s 5th edition (1931; 1934 translation, p. 123):

Edit:
As to the title question, my guess is that the standard terms were “positive spin” and “negative spin” from around the time of Sommerfeld–Bethe (1933) and until maybe the early 1950s, when “spin up” and “spin down” began to appear, with and then without quotes, in references like Blatt–Weisskopf (1952), Kittel (1953), Bethe–Maximon (1954), Bethe–Salpeter (1957).

Not the answer you're looking for? Browse other questions tagged terminology quantum-mechanics or ask your own question.