First use of the term and principle of dynamic pressure — Daniel Bernoulli?

I have read in several places that both the developed concept and the term for dynamic pressure as it pertain to fluid dynamics was first published in Hydrodynamica by Daniel_Bernoulli, but I can not find any direct evidence of this. Assuming it is there, I assume that it would be in the original latin. Is there a linkable source where I could see it as originally written and defined? Either the original latin, or a scholarly translation into a different language if necessary.

If not a linkable source, even a screen shot of the relevant passage would also be helpful.

below: HYDRODYNAMICA, Danielis Bernoulli, from here. 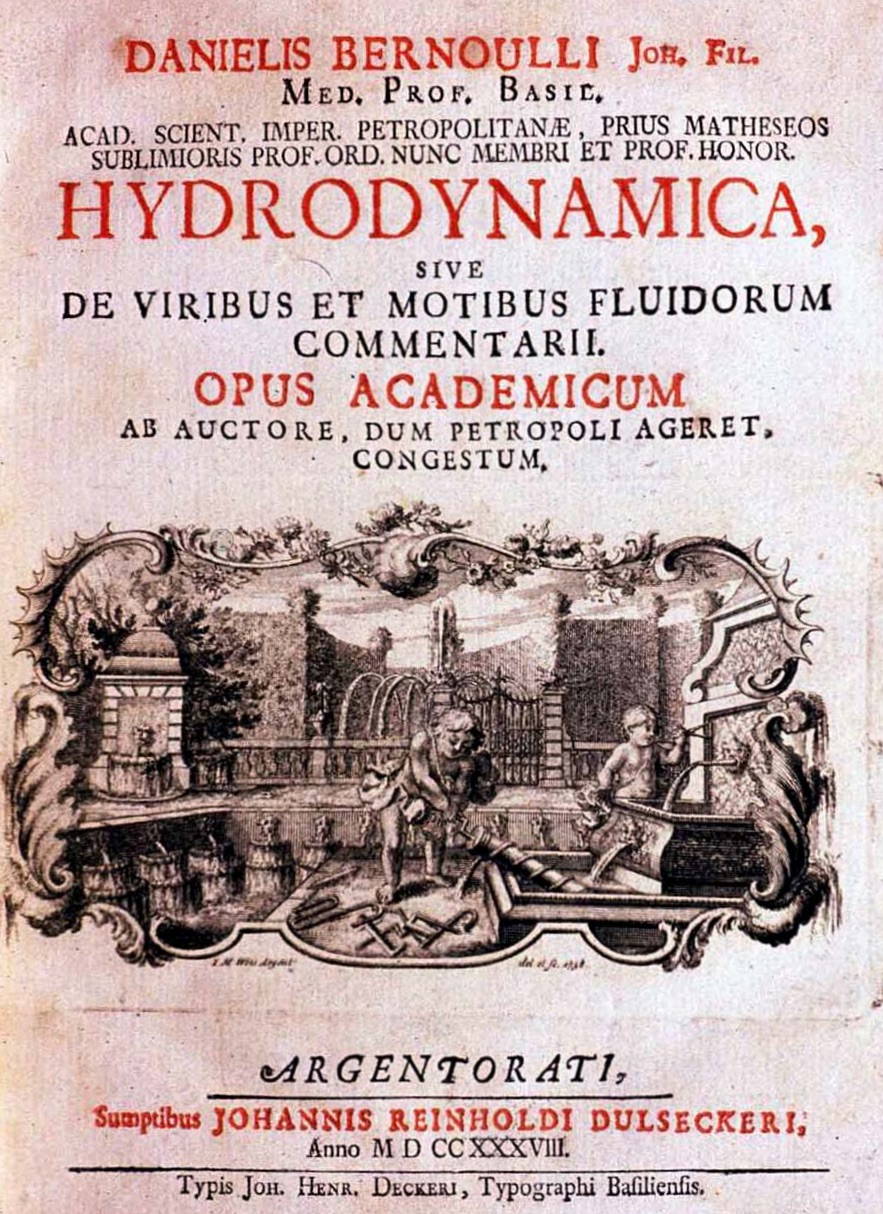 The experiment described in Section 12, § 7 of the "Hydrodynamica" and depicted in the appendix (second picture from above on the left part of the page), can be described as follows: water flows out of a perforated tube and rises to the height of the water in a nearby manometer, thus establishing the equality of hydrostatic and hydrodynamic pressure. See also Mikhailov in: Grattan-Guinness, "Landmark Writings in Western Mathematics 1640-1940", Elsevier 2005.

Daniel's as well as Johann Bernoulli's treatises on hydraulics were translated into English by Carmody and Kobus.

Not the answer you're looking for? Browse other questions tagged mathematics physics or ask your own question.

7
When was the term 'elementary function' first coined and who did it?
6
First use of Bernoulli's inequality and its name
5
Who first wrote down the spin-orbit coupling term in the atom?
4
who was the first to discover the Hamilton principle of classical physics?
7
What is the first usage of the term "Adjoint" and why was this word chosen?