In December 1892, the french mathematician Charles Hermite had a jubilee celebration.

He received a number of letters and telegrams. One of them is from the members of the University of Berlin, see the following picture: 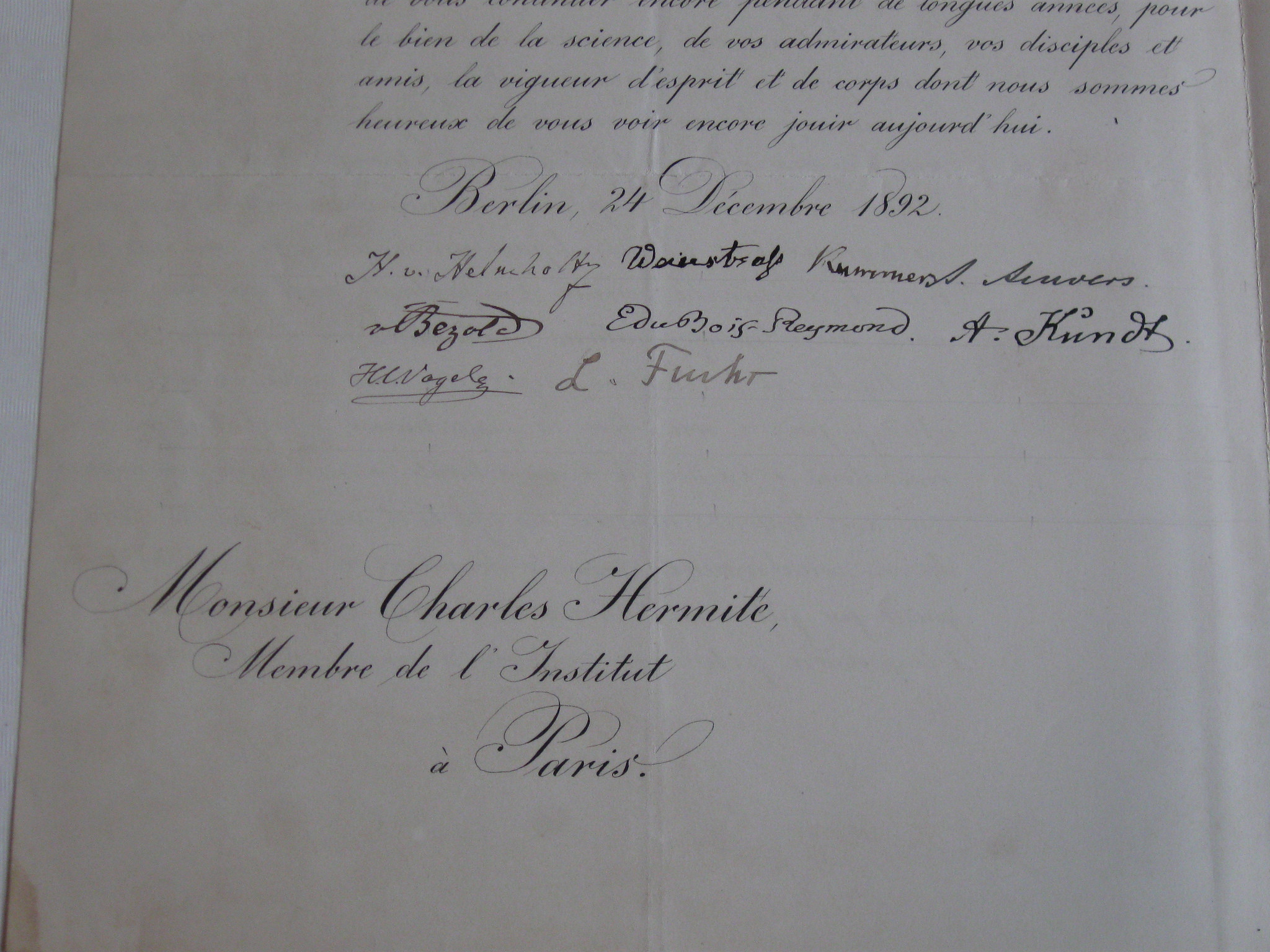 I can identify all but one name:

Can you identify the missing one? (It seems that it is something like S. S...ers)

Not the answer you're looking for? Browse other questions tagged mathematicians biographical-details or ask your own question.

9
Why are there no known Roman mathematicans from the Roman Empire?
10
Did Turing invent the imitation game? Did he name it?
0
Lobachevsky and the University of Kazan
9
Help translate from German a quote by Hermann Weyl in Space Time Matter
6
The minimax theorem from 1928 to 1956
5
For many years, were Emmy Noether and Helene Braun the only female mathematicians to obtain habilitation at Göttingen University?
0
Who was the 17th century mathematician “André Jumeau, Prior of Sainte-Croix”?