Why is it called the butterfly effect?

One meteorologist remarked that if the theory were correct, one flap of a sea gull's wings would be enough to alter the course of the weather forever. The controversy has not yet been settled, but the most recent evidence seems to favor the sea gulls.

Following suggestions from colleagues, in later speeches and papers Lorenz used the more poetic butterfly. According to Lorenz, when he failed to provide a title for a talk he was to present at the 139th meeting of the American Association for the Advancement of Science in 1972, Philip Merilees concocted Does the flap of a butterfly’s wings in Brazil set off a tornado in Texas? as a title.

I believe both of these were earlier than the possibility of computer images of the Lorenz attractor. 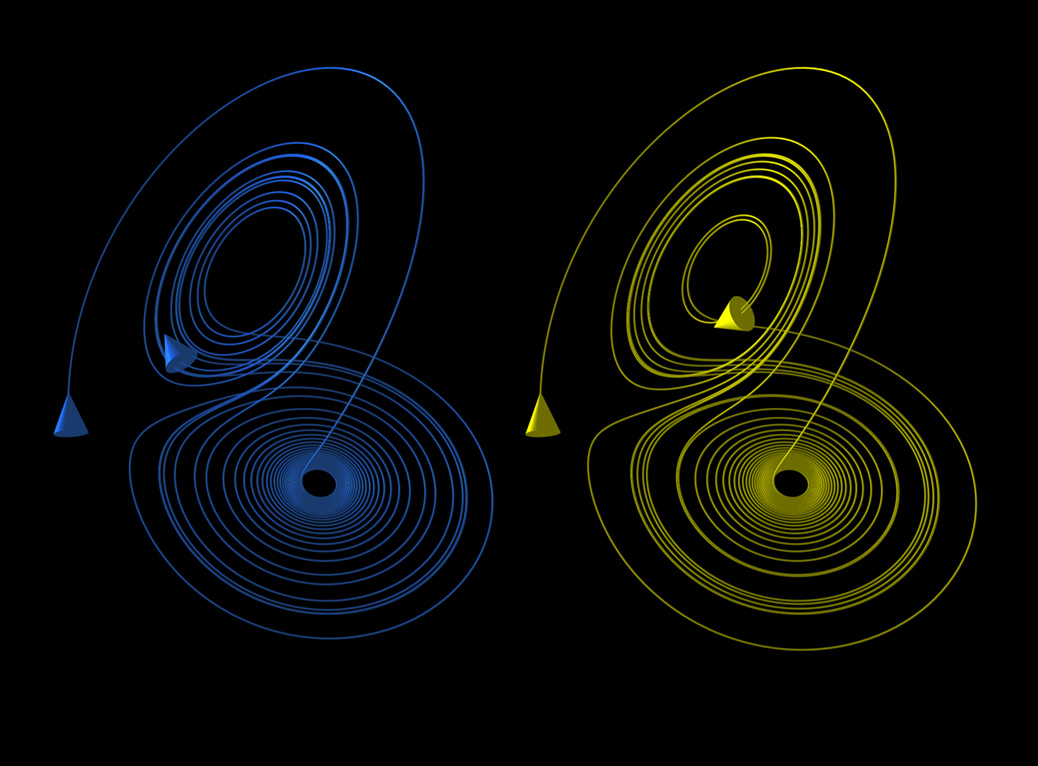 Not the answer you're looking for? Browse other questions tagged terminology discoveries or ask your own question.

14
What famous laws were named by their discoverer
12
Why didn't Aristarchus' theory of Heliocentrism stick?
1
History of molecular constituency and structure
3
Name of the Gamma function
3
Why are permutations ($_nP_r$) called differently in non-English languages (“variations” in German)?
6
Why is differentiation under the integral sign named the Leibniz rule?
1
Conventional orientation of axes in scientific plots