Description of the Monte Carlo roulette wheel in 1913

It has been reported that on 18th August 1913, in a game of roulette at the Monte Carlo Casino, the ball fell on black 26 times in a row. This anecdote is often mentioned in the context of the gambler's fallacy (see the wiki).

In particular: was it the "European" type with one zero or the "American" type with two zeros? I would also appreciate a description --- even better a photo or sketch --- of the pattern of the numbers and colors around the wheel. These patterns have changed over the years and I have no information about the one that would have been in use back in 1913 in Monte Carlo.

My uneducated guess is that it would be a "European" type. But I have not found a reliable source of information on the matter. I have gleaned a few bits and pieces: The "American" roulette was originally the "French" roulette (introduced into what is now the United States via the French-owned Louisiana territory), while the "European" roulette was originally the "German" roulette. At some point (presumably by the end of the nineteenth century), the European/German model (which offers a better deal to gamblers) had displaced the American/French model throughout Europe. This did not happen in the United States, where the American/French model remains the most prevalent to this day. Given my limited information I venture to guess that by 1913, the European/German roulette would have completely replaced the American/French roulette in Monte Carlo.

But Monte Carlo being an atypical semi-enclave bordering France, perhaps their roulette was also atypical of the time and place?

I opted to post this question under "History of Science and Mathematics," but that was a bit of a gamble and I welcome suggestions to move it if there is a better outlet! (moderators, feel free to move it if convenient)

Please allow me to answer my own question by putting together information gleaned from wikipedia and here, I am reasonably confident that the following is correct. If you have stronger evidence, such as a local newspaper photo/sketch of that time period, please do post an answer and I'll accept it.

The layout of the wheel in use at the Monte Carlo casino on August 1913 was almost certainly the so-called "European" style with a single zero. By the end of the nineteenth century, the European layout (originating from Germany) had replaced the American layout (originating from France) at Monte Carlo. The layout has remained basically unchanged since (order of the number sequence and coloring scheme) except that the zero is now commonly colored green. 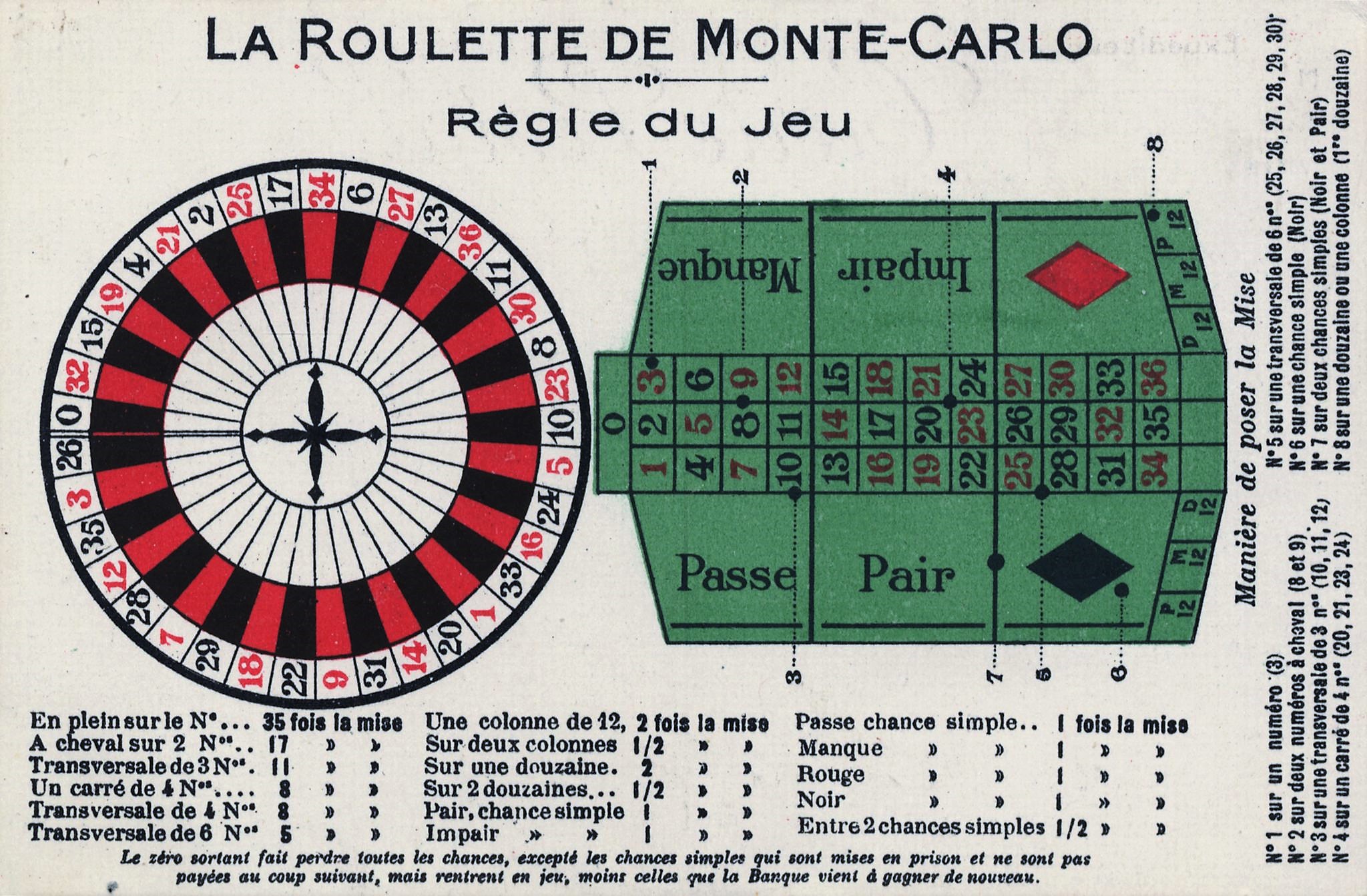 Thanks to users Carl Witthoft and sand1 for their comments.

Not the answer you're looking for? Browse other questions tagged probability or ask your own question.

8
What is the history of moment generating functions, and the more general characteristic functions?
0
Which version of the St Petersburg paradox is the original one?
10
Poincaré and the baker: was the anecdote true?
6
Who coined the term "uniform" as in "uniform distribution"?
4
When did the concept of probability density explicitly appear in mathematics?
1
Was Cramér the first to interpret the PNT's $1/\log(x)$ as probability of primes?
2
Is the number of PhDs who berated Marilyn von Savant's answer to the Monty Hall problem exaggerated?