When was this projective property of an ellipse's directrix known?

I stumbled on this image from here: 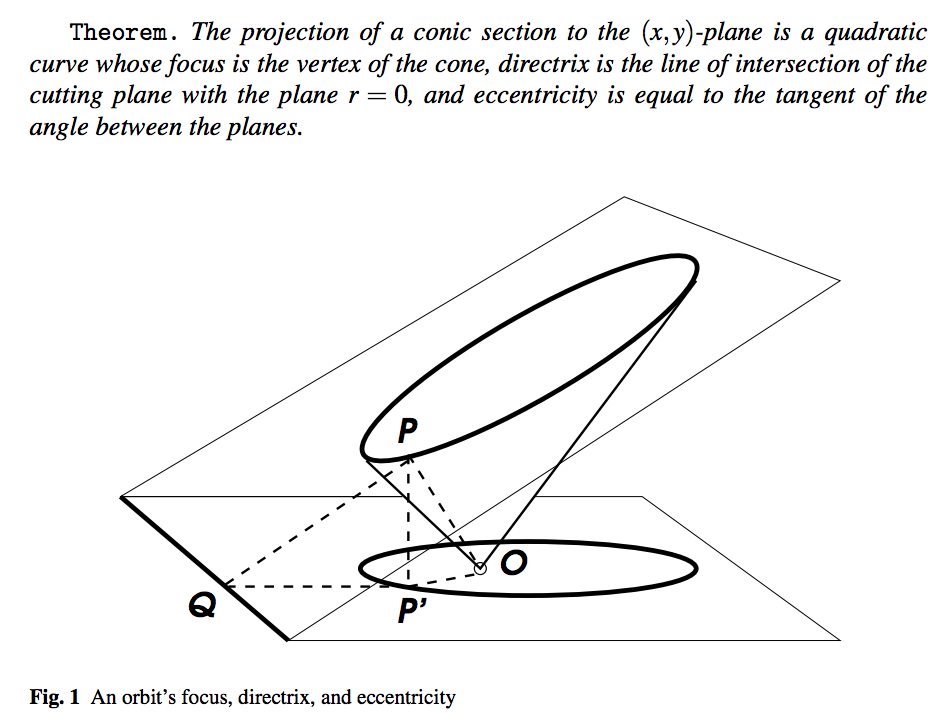 It's mentioned w.r.t. to the elliptical orbits of planets and how the focus-directrix property comes into play. It's an interesting POV but when was such a thing known about an ellipse's directrix? Does it predate Kepler or was it a modern discovery? Or a side effect of Dandelin's spheres which are relatively modern? Or something discovered as a result of studying projective geometry?

Browse other questions tagged geometry or ask your own question.

10
Where was the word “pencil” first used in (projective) geometry and what is the reason behind this curious name?
5
What was the best approximation of π known to ancient Babylonians?
3
When did mathematician start to draw figures from equation?
10
A knot cannot be tied in 4-dimensions, but when was this conjectured and proven?
1
Is there any evidence supporting this claim about Cassini and his ovals?
5
How was the focus/directrix property of conic sections discovered?
5
When and why was inversive geometry created/studied?
5
When Indian mathematicians learn of Euclid's Elements?
3
When was 4D space “conceived of”?
6
When did the use of Sine and Cosine as functions become mainstream?