Does war speed up technological advancements and research?

I've heard of Nazi Germany developing many a tech that we still use today and that communication technology such as the telegraph came about due to war time needs. I was wondering to what extent does war speed up research and technological advancements and why we do not achieve such speeds during a peaceful time. I also would like to know some technology we use in our every day Life that came about due to war.

Not only war but preparations to war, military-related research had very large influence on the development of science and technology. Of the recent examples I mention GPS, Internet, space exploration, not even speaking of nuclear energy. GPS and satellite navigation in general were originally developed for military purposes, and most importantly the research was financed by the military. Internet was developed by US military as a communication system which could withstand nuclear attack. Space exploration is a byproduct of the development of ballistic missiles.

As Gerald Edgar wrote, electronic computers were developed during WWII, but coding/decoding was not the only purpose. Other purposes were the nuclear bomb project, which involved enormous amount of computation, and the devices for control of anti-aircraft guns.

One can give very many examples from earlier history, beginning with Hellenistic Greece. (Tyrants of Syracuse employed people like Archimedes not because of their love of science: the main reason was their desire to develop advanced military technology).

Military considerations also have large influence on development of science education. Think of the French Grand Ecoles founded by Napoleon, or of a hudge boost in American science education after the launch of the first Soviet satellite.

One can conclude that military considerations is one of the MAIN driving forces of development of science.

In physics, the four most important developments had nothing to with war or the preparation of war: Newtons calculus and his theory of gravitation, Maxwells equations, Einsteins theory of special and general relativity, Heisenbergs Matrix Mechanics in QM.

It has heen argued that the development of electronic computers was speeded up by code-breaking efforts in World War II. 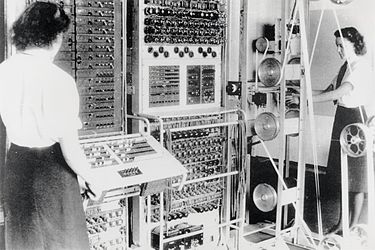 Not the answer you're looking for? Browse other questions tagged scientific-method technology world-war-2 or ask your own question.

15
Famous Scientific Conflicts and Controversies
6
Nobel Prize work derived from Manhattan Project research?
5
Why were British WWII computing machines and their projects distroyed after the war ended?
7
How did artillery and physics co-evolve during 1400-1700?
3
Why didn't Germany succeed in building a nuclear bomb in second world war?
5
Was the United Kingdom the only faction in the Second World War that used Operations Research?