What is Peirce doing in this pre-Chi-squared example?

In 1878, C. S. Peirce performed a calculation that (I think) would be better done using chi-squared testing — but Pearson hasn’t introduced that yet.

What exactly is Peirce doing here in the last sentence? Is it valid? almost valid? (When I did a chi-squared test, I got a different answer than he did.) 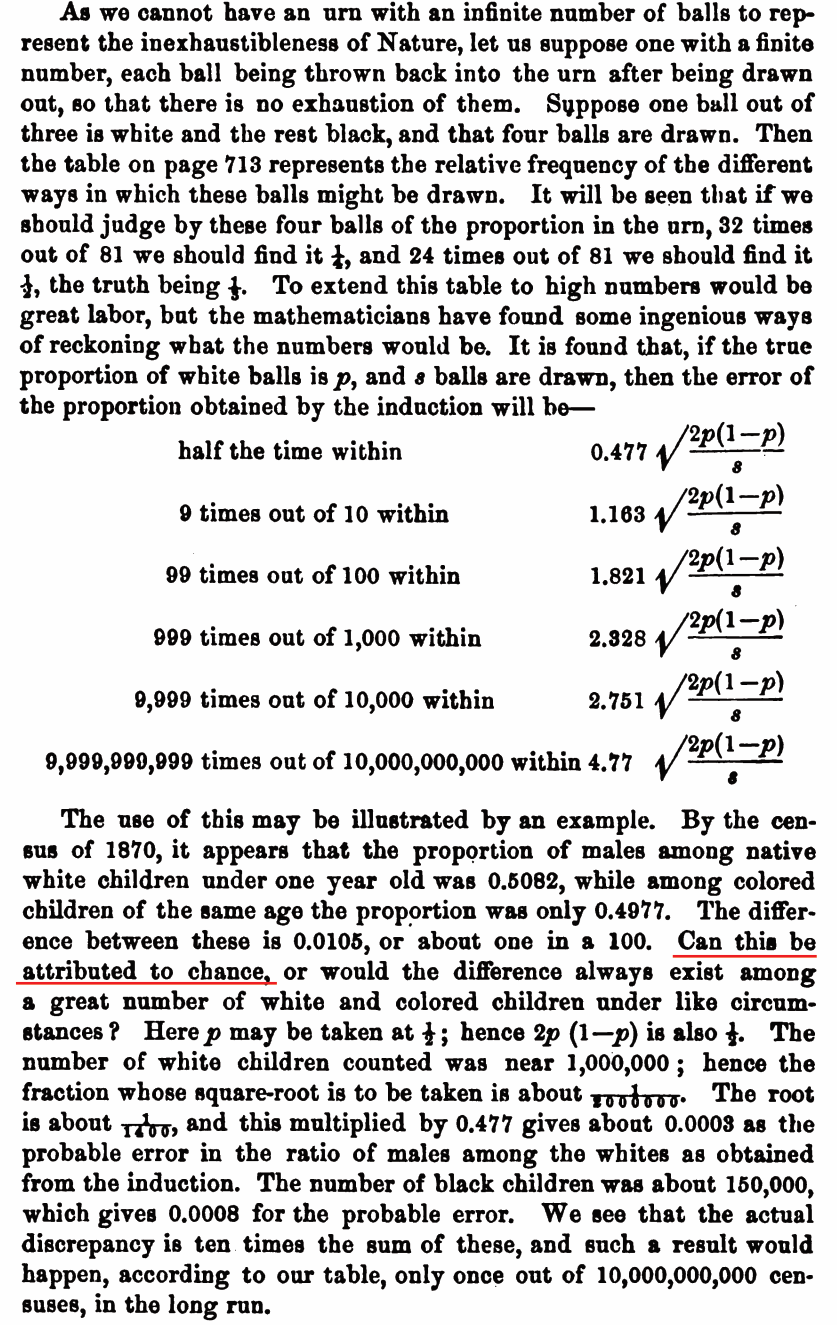 The first paragraph is straightforward enough. Where we would now say the probable error in the distribution of a sample is within +/- .6745 standard deviations, he has .477 * sqrt(2), and so on down his table.

In the next paragraph, he approximates p = 0.5 and then correctly calculates probable error on the two distributions.

But then what does he do in the last sentence?

(Once I figure that out, I’ll need to figure out if this was a common pre-Pearson approach.)

Not the answer you're looking for? Browse other questions tagged scientific-method statistics probability or ask your own question.

10
What are the earliest accounts of a scientific method?
11
Why were Newton's laws accepted when there exists a counter-example?
2
When was (and in what paper) Paley-Wiener integral invented?
7
What is the history of moment generating functions, and the more general characteristic functions?
7
What is the original source for Gelfand's problem on leading digits of the powers of 2?
6
What was the major influence of Francis Bacon on the development of modern science?
3
What is the etymology of the term “mode” in statistics?
4
What technology did researchers use to write scientific papers before the computer?