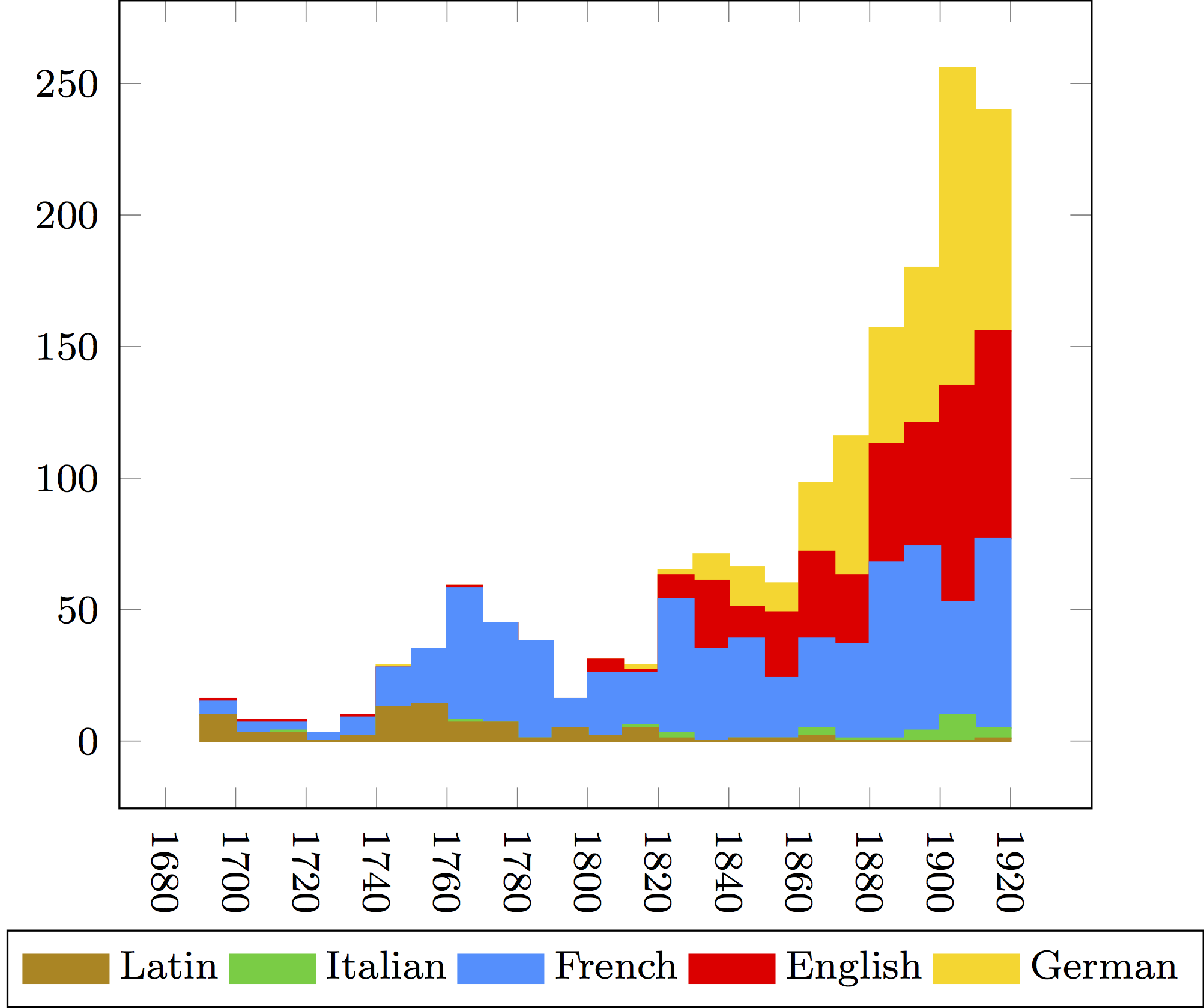 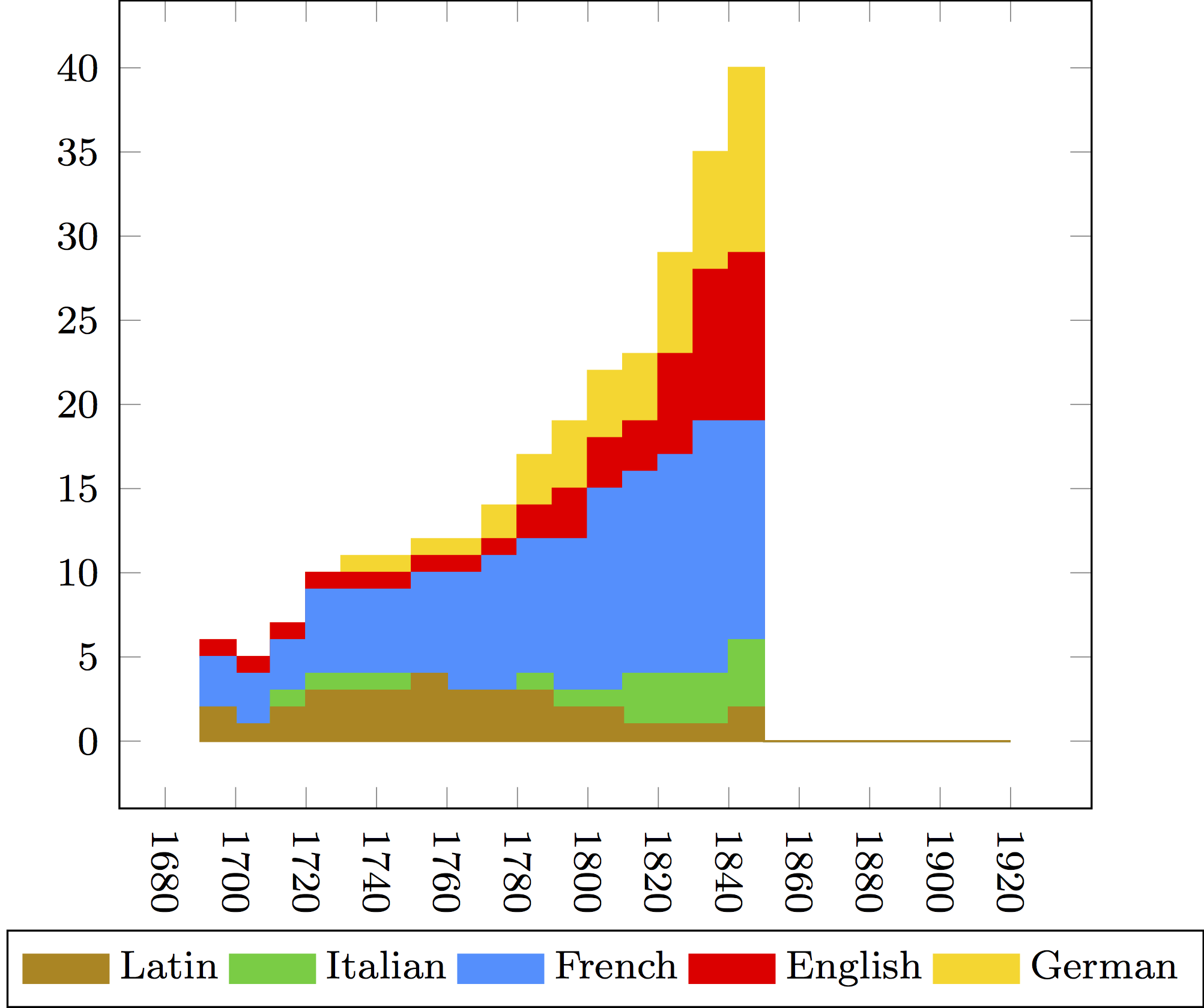 46
How did German become the language of science?
19
What was the last important scientific work written in Latin?
11
Who first distinguished planets from the stars?
3
What was the main language in science/mathematics between 1850 and 1950 and beyond
2
Strange pattern in Math Genealogy

10
Why did 92% of cases of simultaneous discovery in the 17th century end in dispute?
11
How and when was Bolzano's proof of the Bolzano-Weierstrass theorem rediscovered?
12
Division of the circle and compass constructions
4
What was the reason for the immense progress of mathematics in 18th century?
4
Classic mathematics books by British mathematicians
1
proofs of mathematical claims in the 16th, 17th and 18th cent
3
What was the main language in science/mathematics between 1850 and 1950 and beyond
3
How did philosophers and scientists in the 18th century view mathematical explanation?