The second half of 19th century and first half of 20th century are golden age of modern mathematics and science, as many important ideas and theories were proposed and developed within that period of time. I think that German and French were the main languages for the mathematical papers published in that period. After World War II, it is well known that English has gradually become the predominant language for mathematical papers until this date.

I would like to have more statistics such as articles published in major journals in German/French/English/Others between 1850 and 1950 and beyond. Thanks.

Here are plots using Jahrbuch for 1870–1940 and Zentralblatt after that. A glance at their detailed output suggests some unreliability (e.g. Zentralblatt counts a paper twice when both reviewed it), but hopefully not too much overall. Papers and books in other languages (Danish, Dutch, Hungarian, Japanese, Latin, Norwegian, Polish, Portuguese, Spanish, Swedish,...) are left out as only after 1980 does their sum total (slightly) surpass Italian. 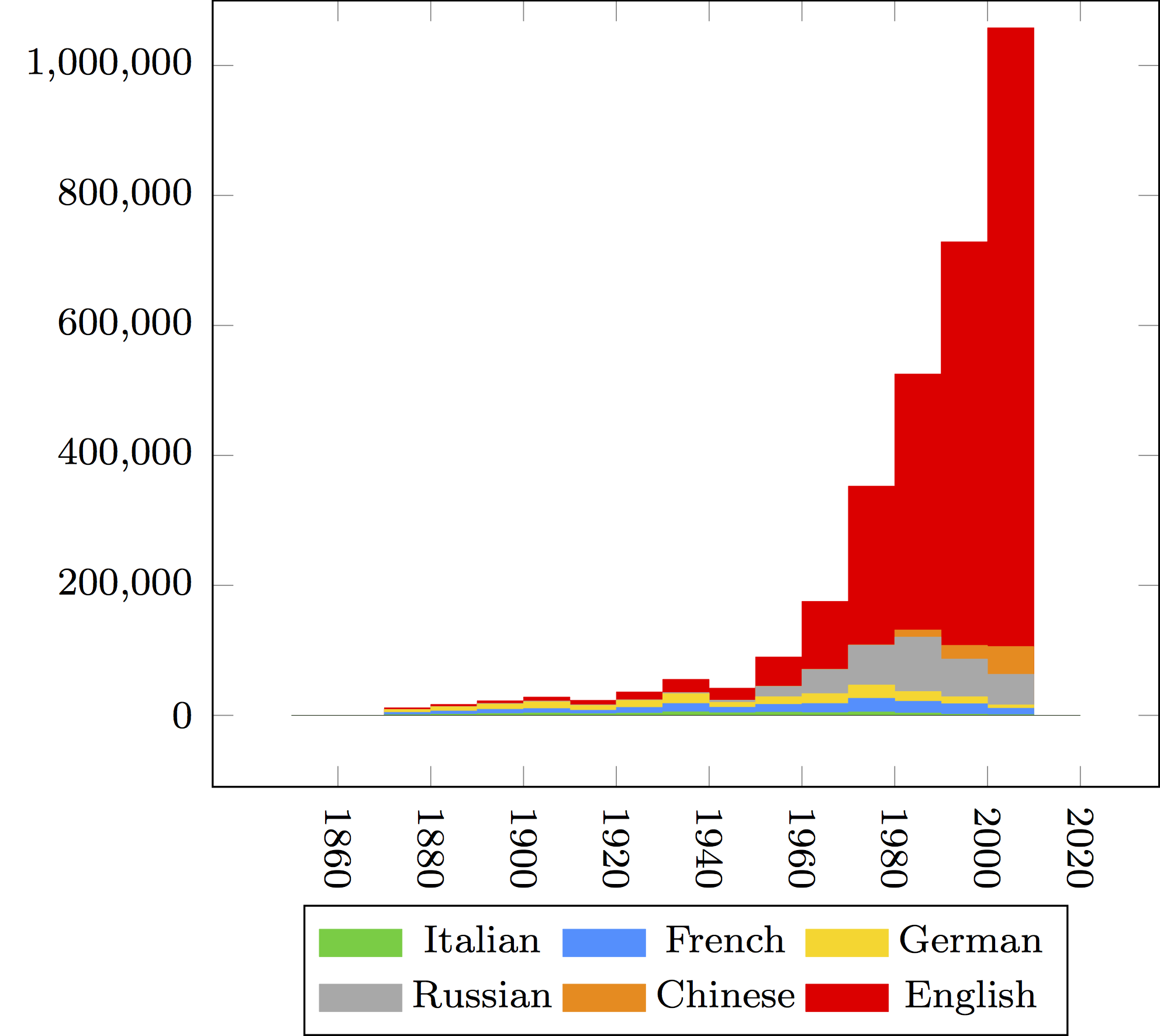 Zoom on the requested pre-1950 period: 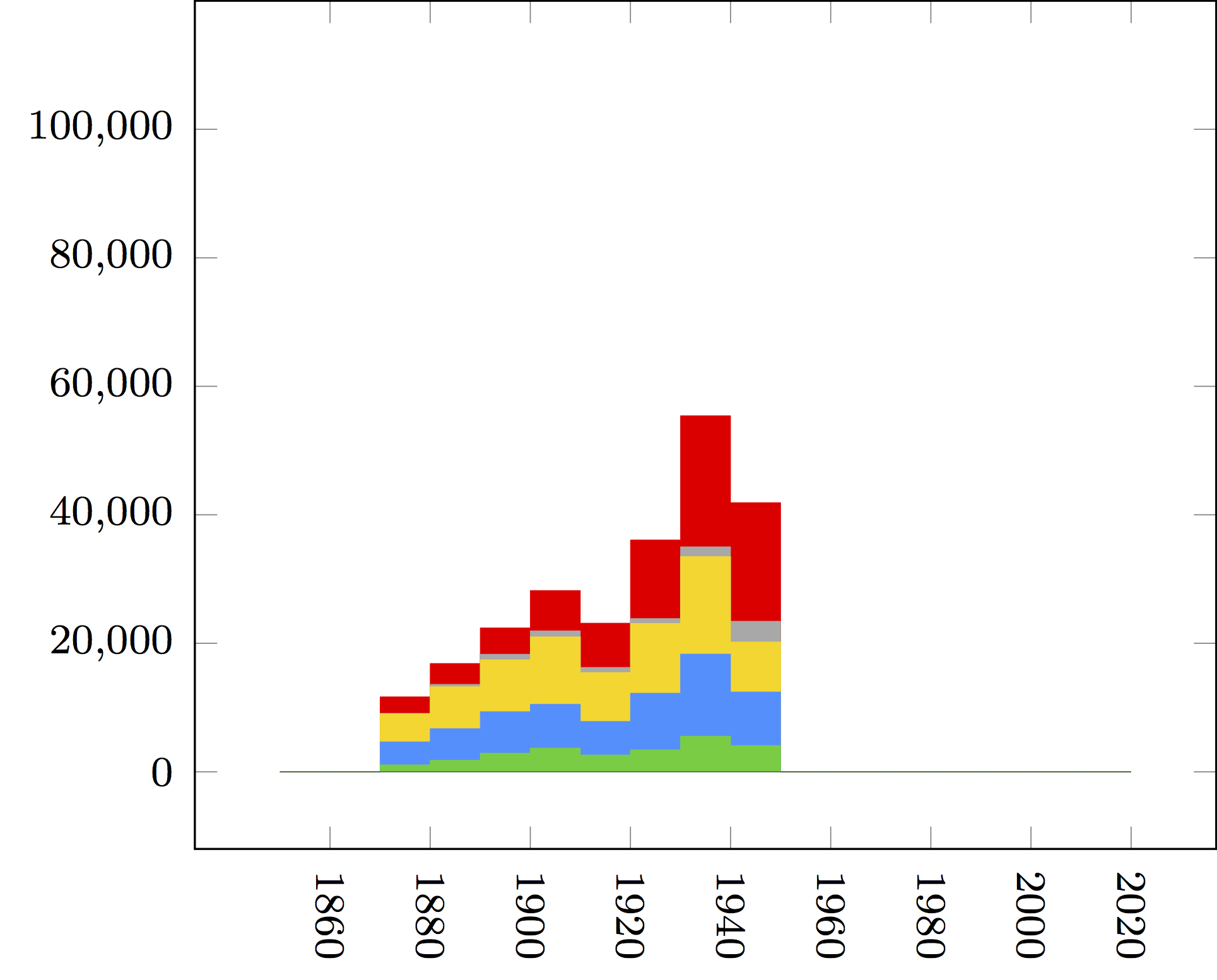 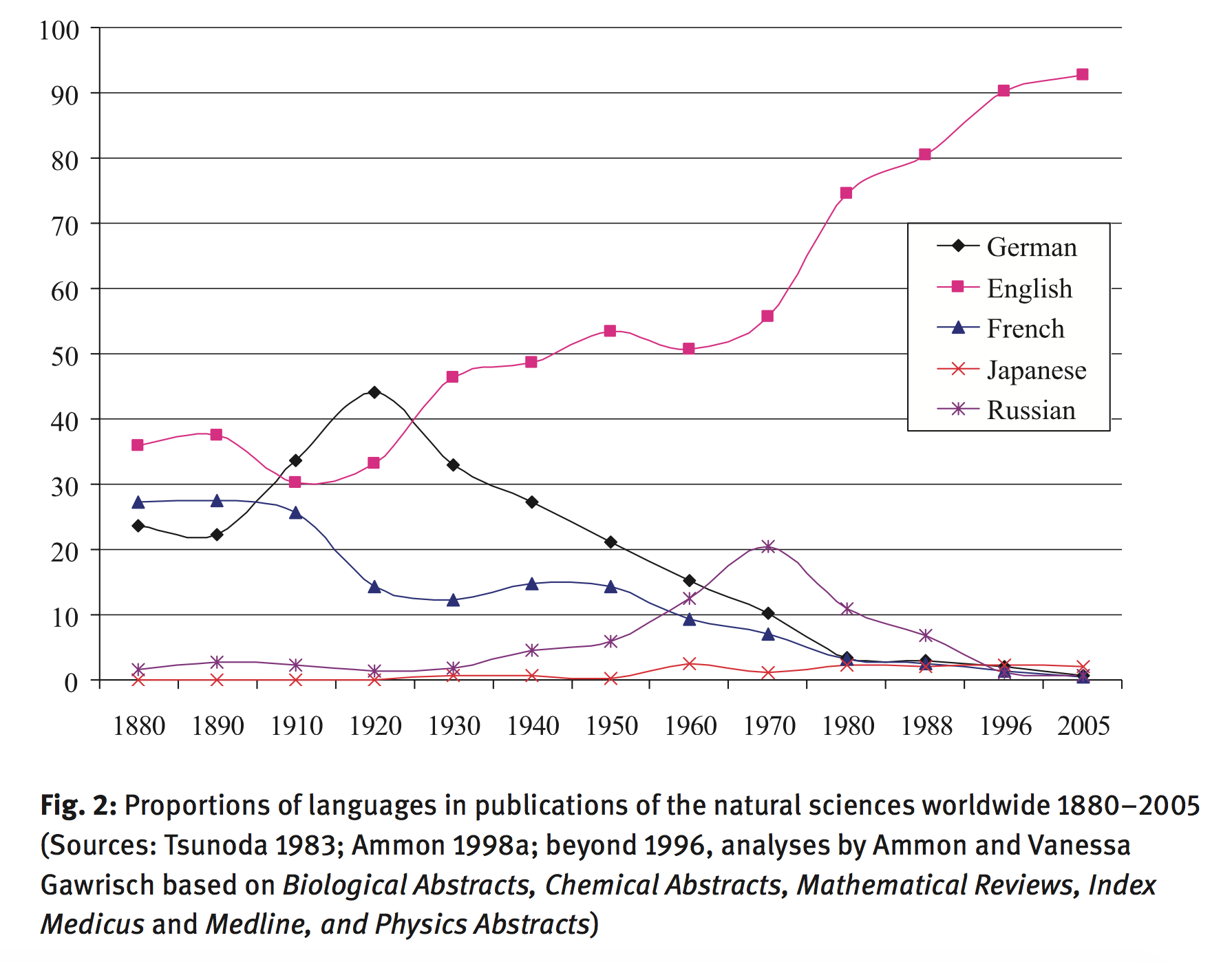 Not the answer you're looking for? Browse other questions tagged mathematics reference-request reference or ask your own question.

3
What was the main language in science/mathematics before 1850

19
What was the connection between David Hilbert and Stefan Banach?
37
Why did algebraic geometry need Alexander Grothendieck?
14
What language was spoken at the International Mathematical Congress?
3
Serendipitous discoveries in Mathematics and Computer Science
5
Evaluating the Mehrtens hypothesis concerning Felix Klein
11
Why was modern science and mathematics a European phenomenon?
3
What was the main language in science/mathematics before 1850
5
Earliest Instances of a Slope/Direction Field for a First-Order ODE
4
What are some of the unsolved mathematical problems posed and stated clearly prior to the year 1900?