Does anyone remember who proposed molecular diagrams for simple molecules as taught today in most general chemistry texts? I cannot access Hund's original article, however, Mulliken's early articles on molecular orbitals do not show any diagram like this. For example, The Assignment of Quantum Numbers for Electrons in Molecules (MULLIKEN, Phys. Reviews 1928) does not have a single figure. Thanks 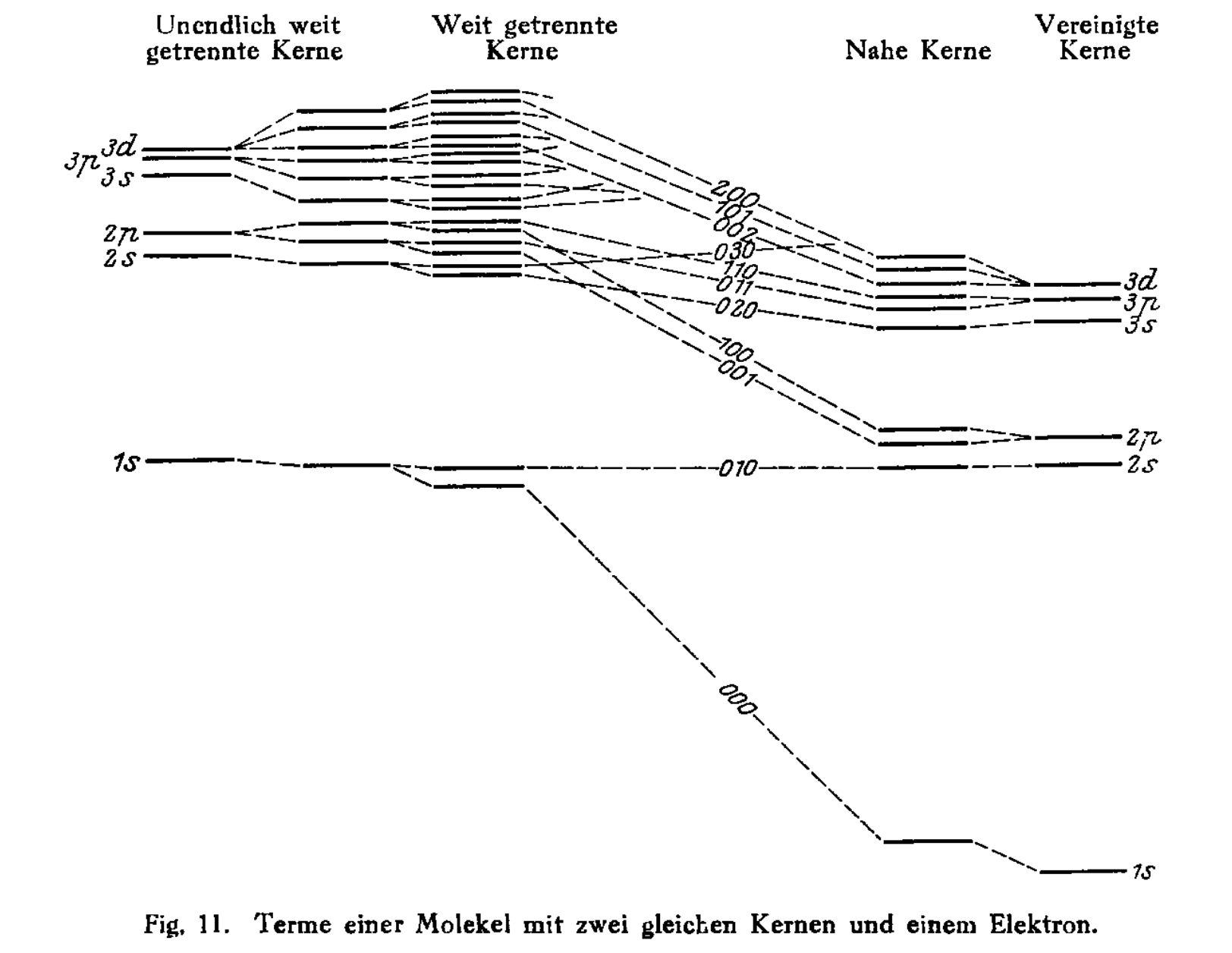 Added: Hall (1991) points to Lennard-Jones (1929) who “introduced the Linear Combination of Atomic Orbitals approximation for the molecular orbitals” and has (p. 679):

The possible molecular states are shown diagrammatically in Fig. 4, each being represented by a cell which can contain two electrons of opposite spins. 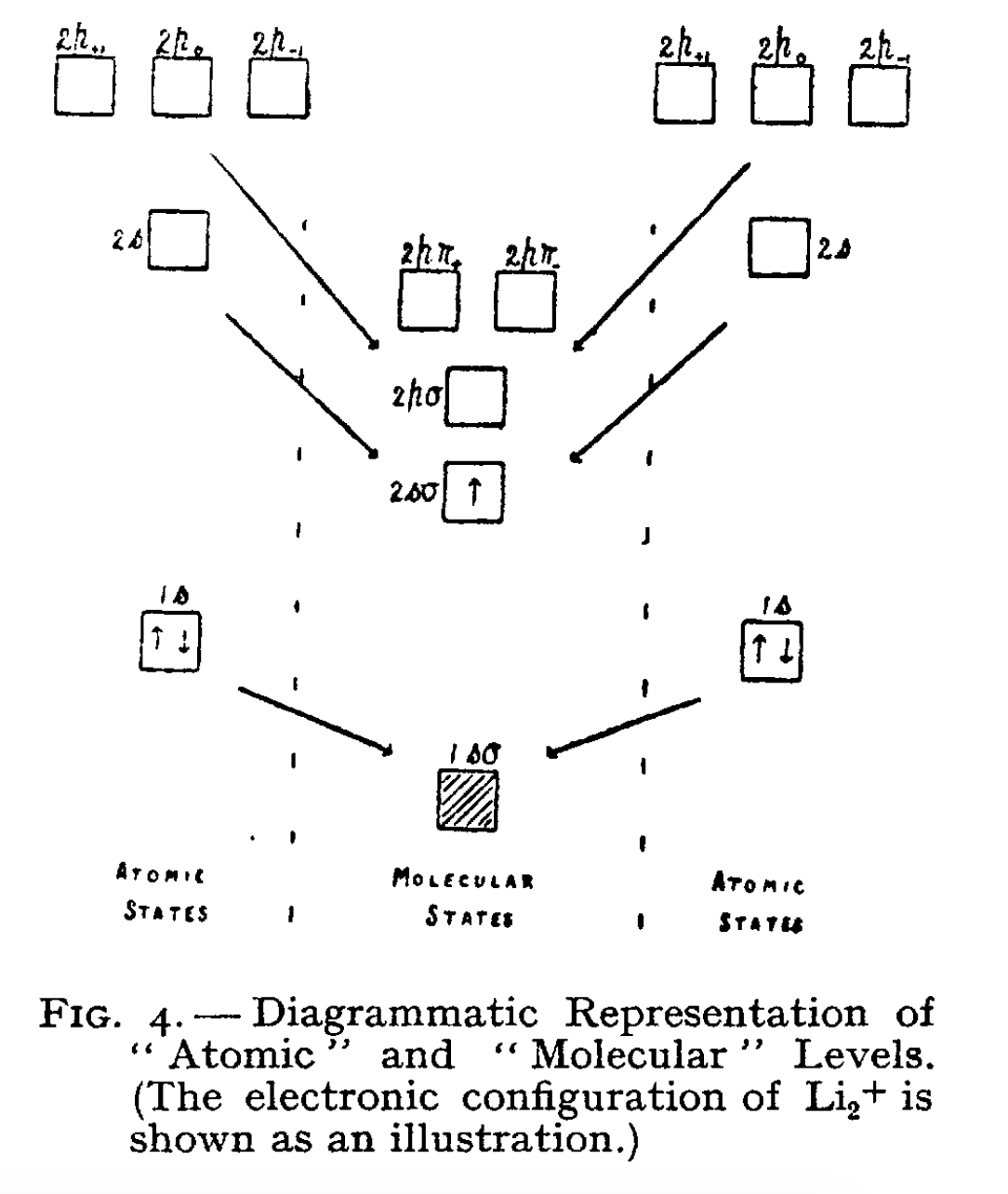 Let $A$ and $B$ be two atoms, which, when infinitely distant, are in $S$ states of multiplicity $2s_a+1$ and $2s_b+1$. (...) The energy levels of the system $AB$ depend on the distance between the atoms, and the lower levels usually have a minimum, which is the equilibrium distance of the molecule $AB$. An example of the relation between the energy levels of separated atoms and the same atoms when interacting with each other is shown in Fig. 8. 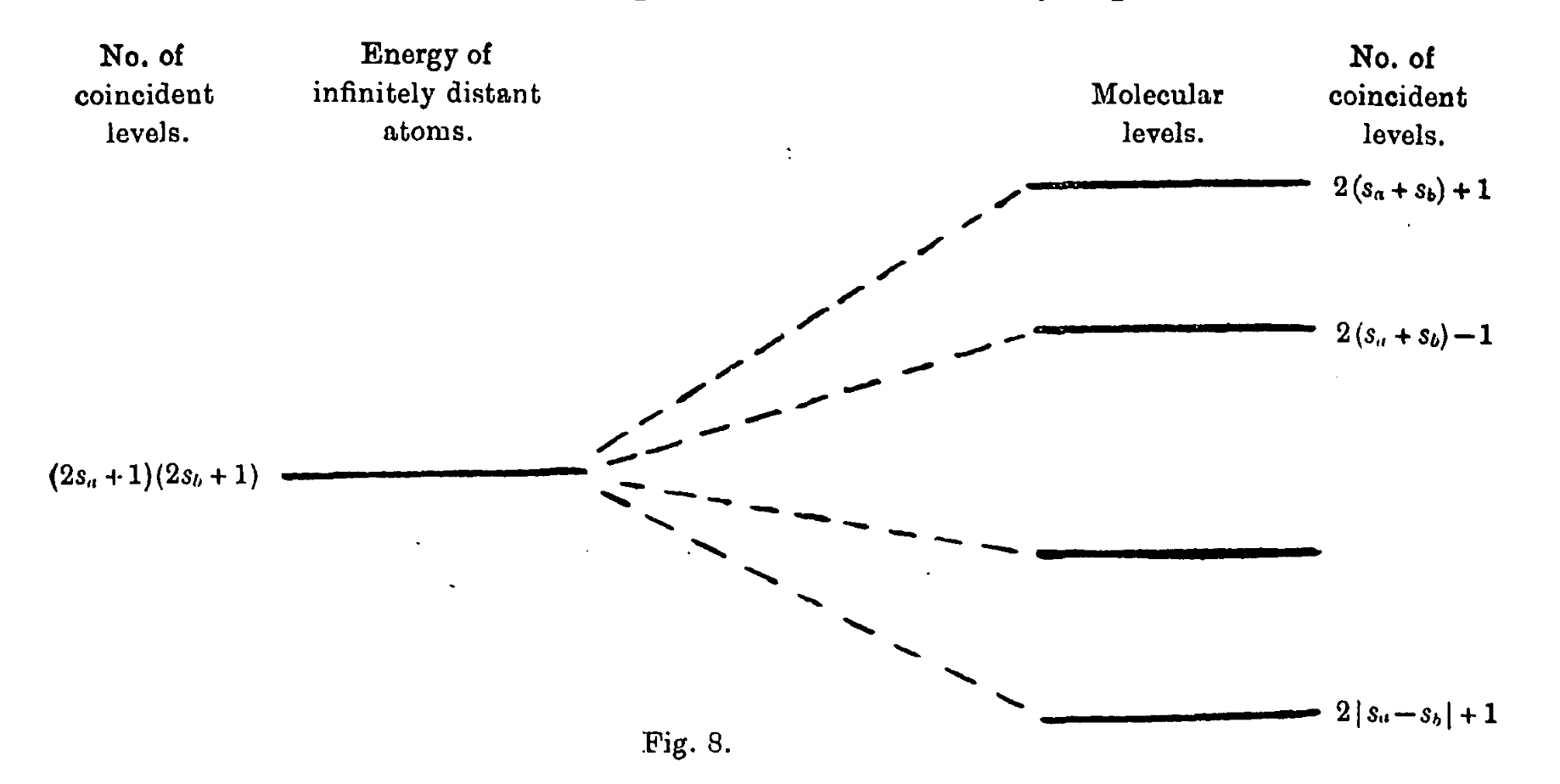 Not the answer you're looking for? Browse other questions tagged mathematics physics terminology chemistry or ask your own question.

7
Who solved the particle-in-a-box model first?

6
On the use and origins of the constant e
2
The origins of complex differentiation/integration
7
Diagrams in early Mathematical Paper Publication
5
What are the origins of the study of symmetry as a subject in itself?
5
Origins and history of branched covering