Earliest drawings of the plots of trigonometric functions 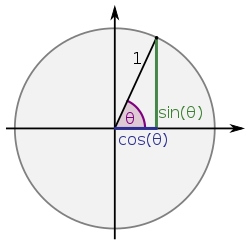 This or similar pictures can be found in many ancient texts on trigonometry.

But today, when hearing "sine" many people inevitably have in mind a mental picture like this:

and it's not so hard to understand how it arises from the first picture (by rotating the radius with constant speed and plotting the sine):

This was not always so: neither has there been this mental picture of the sine function nor have there been physical drawings.

What are the earliest (known) physical drawings of the plot of the sine or another trigonometric function?

Are they Greek, Indian, Chinese or from the Middle Ages? A specific reference would be welcome.

This may not be the earliest reference, but it's a rather early one, as I suppose: 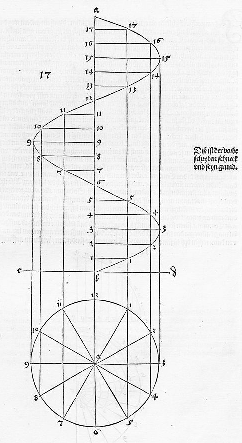 13
How were derivatives of trigonometric functions first discovered?
9
When was the earliest use of log-log plots to demonstrate power-law behavior?
7
History of the definition of Injective & Surjective Function
1
Instances of alternative notation being used for the trigonometric functions?
2
What astronomical reason led to the creation of the trigonometric sine and cosine?
5
Earliest Instances of a Slope/Direction Field for a First-Order ODE
4
Who did the drawings in Hilbert's and Cohn-Vossen's “Anschauliche Geometrie”?
0
When did trigonometry move away from treating chord as primitive?