Did old Crookes Radiometers ever have a pair of terminals?

This is a question about old physics lab equipment.

This and this question led to the question in SciFi SE Crookes Radiometer at the end of a telescope in old movie scene, something about a comet? which led to the image below.

Of course one does not use wires to couple a radiometer to a telescope.

However, my question is about the (now old, possibly then as well) Crookes Radiometer shown in the image from 1965. There are two terminals in the wooden base of the radiometer.

Question: Did old Crookes Radiometers ever have a pair of terminals? I can imagine a heater used to evaporate trace amounts of some material to adjust the pressure for teaching/demonstration purposes, or even some kind of getter pump to reduce the pressure (as some electron tubes had), but I thought I'd ask here to see if someone familliar with older lab equipment might know. 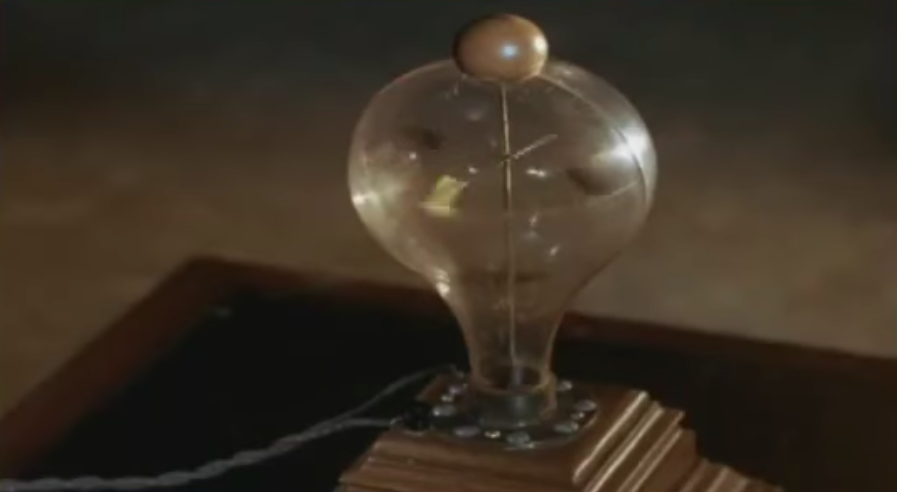 Google is your friend here. I found a forum which contained a reference to this image

which shows a barely-working generator. Exerpt from that image: 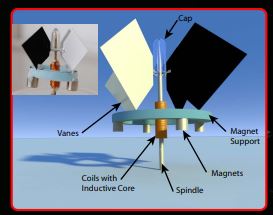 The forums I found generally suggested that it's pretty much impossible to get enough torque to drive any mechanically connected generator system. So it can be done but I suspect the image you provided is a case of "Let's toss in as much cool-looking lab toys as we can."

4
Why did the "old quantum theory" start off considering circular electron orbits?
4
Did Einstein ever refer to the coordinate speed/velocity of light?
2
Old textbooks on statistical mechanics
7
Old square bracket notation for units
13
Did Richard Feynman ever meet Stephen Hawking or comment on Hawking radiation?
2
Did Cyrano de Bergerac's space ship have retro-rockets?
1
Did physicist David Bohm ever propose the existence of a multiverse?