Why does Michael Stifel's version of Pascal's Triangle look the way it does?

Today I've come across Michael Stifel's version of Pascal's Triangle, which I've seen referred to as the Figurate Triangle or the Triangle of Figurate Numbers as seen in Combinatorics: Ancient and Modern (page 72) and Between Certainty and Uncertainty (page 93) 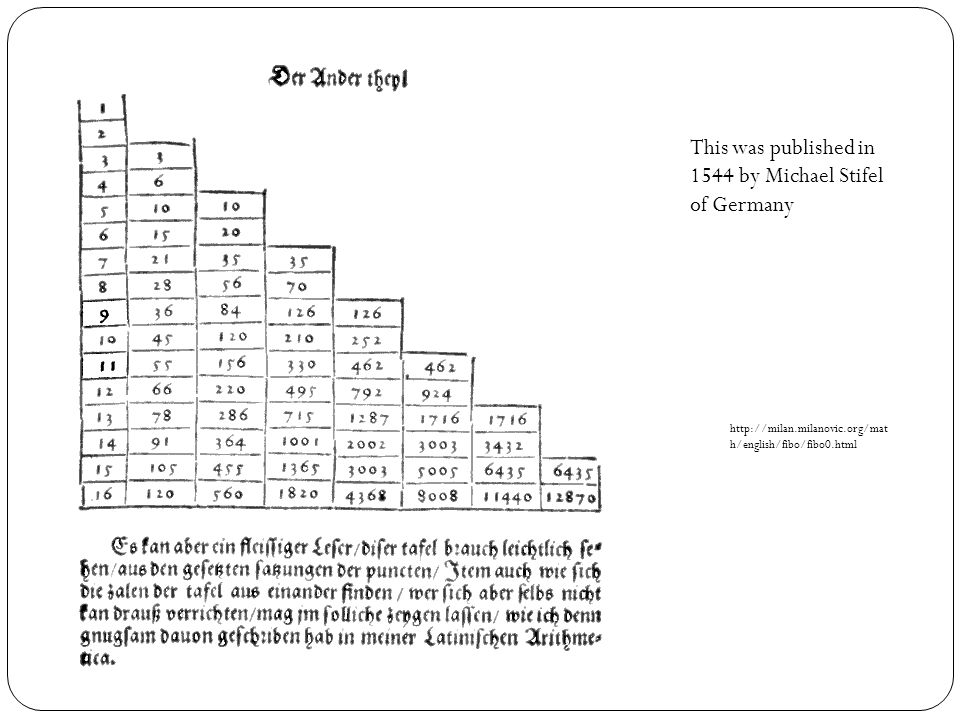 In class we were encouraged to attempt to figure out why his triangle was written the way it was.

But he is skipping a few of the initial numbers for each column. For example he is missing the triangle number $1$, the tetrahedral numbers $1$ and $4$, etc.

Is there any logical or known reasons why this is the case?

Browse other questions tagged mathematics notation or ask your own question.

18
Who invented the way we write exponentiation?
11
Why is the notation $\sin^{-1} x$ so common?
19
Why is the radical symbol $\sqrt{}$ called “radical”?
7
Is there any reason why Hilbert's problems are ordered in the way they are?
7
Who invented the divisibility symbol and why is it backwards?
3
Why are permutations ($_nP_r$) called differently in non-English languages (“variations” in German)?
5
Earliest Instances of a Slope/Direction Field for a First-Order ODE
1
Dimension of the candela unit: What does J stand for?