How long has the order of priority of arithmetical operations been widely taught in high schools?

Browsing Facebook, I often come across posts like this, to test peoples' understanding of order of operations. 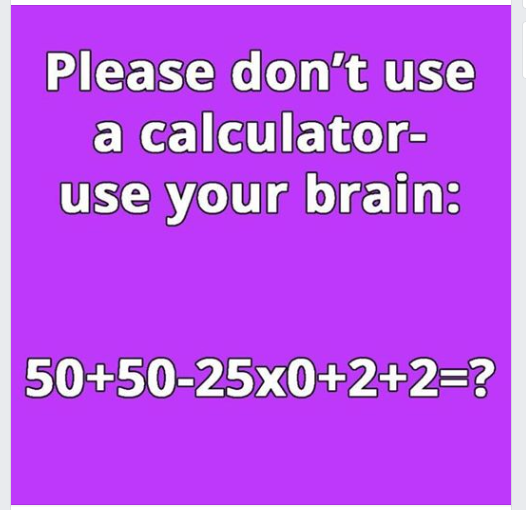 This inevitably prompts a deluge of answers that either misunderstand the concept or appear completely unaware of it. 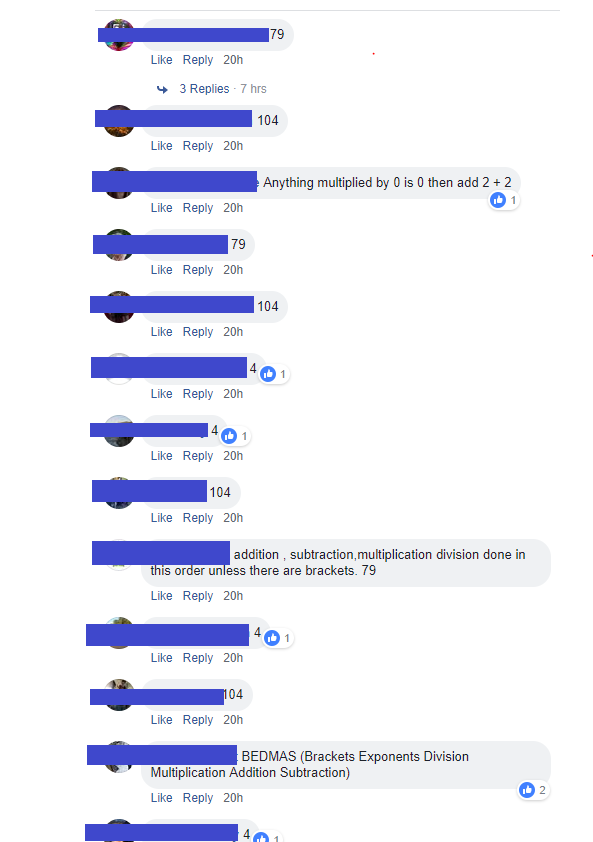 Occasionally, people will justify their answer by saying things that they were taught a long time ago and were definitely taught something different in high school.

I'm aware that among mathematicians, the general concept has been accepted since at least the 19th century, but for how long in has it been widely taught in high school mathematics classes? I assume this will differ for different parts of the world, so please include what countries or regions you can speak for.

This question comes up often, but there is no up to date scholarly study of it that I know of. The most comprehensive recent accounts (and they are rather brief) seem to be Jeff Miller's Earliest Uses of Symbols of Operation and Peterson's post on Math Forum, parts of which are aped on various pop-sites, often without attribution. But Peterson admits:"I have not found a definitive answer yet".

Part of the problem is that the most natural source, Cajori's History Of Mathematical Notations, is inconclusive, possibly because the rules never really became "official". The "basic rule" that multiplication has precedence over addition is traceable to van Schooten's 1646 edition of Vieta. On the rest Peterson speculates:

"I suspect that the concept, and especially the term "order of operations" and the "PEMDAS/BEDMAS" mnemonics, was formalized only in this century, or at least in the late 1800s, with the growth of the textbook industry. I think it has been more important to text authors than to mathematicians, who have just informally agreed without needing to state anything officially."

Even if the "basic rule" was enshrined by texts in the early 19th century (the time of the rise of modern academia) this does not apply to the rest. As of Cajori's writing (1920s):

"If an arithmetical or algebraical term contains $\div$ and $\times$ , there is at present no agreement as to which sign shall be used first. "It is best to avoid such expressions." For instance, if in $24\div4\times2$ the signs are used as they occur in the order from left to right, the answer is $12$; if the sign $\times$ is used first, the answer is $3$.

Some authors follow the rule that the multiplications and divisions shall be taken in the order in which they occur. Other textbook writers direct that multiplications in any order be performed first, then divisions as they occur from left to right. The term $a\div b\times b$ is interpreted by Fisher and Schwatt as $(a\div b)\times b$. An English committee recommends the use of brackets to avoid ambiguity in such cases."

In short, it still was not clear what to teach widely at schools. As of Peterson's writing (2000):

"I have not yet found any twentieth-century declarations that resolved these issues, so I do not know how they were resolved... There is still some development in this area, as we frequently hear from students and teachers confused by texts that either teach or imply that implicit multiplication ($2x$) takes precedence over explicit multiplication and division ($2\times x$, $2/x$) in expressions such as $a/2b$, which they would take as $a/(2b)$, contrary to the generally accepted rules."

Still, the reference to "generally accepted rules" suggests some "received view" in place. Miller's brief survey of early 20th century texts suggests that it made its way into the standard curriculum around that time:

For my part, I suspect that the rise of computers and formal languages, and the involvement of research mathematicians in school education (see the New Math movement) in the 1960-s put further pressures for the canonization of the Wells-Hart rules. In the Soviet Union, to the threat of which the New Math was a response, this happened even earlier, around 1930s. It was not fully successful even to this day. Witness not only the aforementioned deviations, but even the questioning of the utility of the whole convention. As of 2007, Wu wrote in “Order of operations” and other oddities in school mathematics:

"One of the flaws of the school mathematics curriculum is that it wastes time in fruitless exercises in notation, definitions, and conventions, when it should be spending the time on mathematics of substance. Such flaws manifest themselves in assessment items which assess, not whether students know real mathematics, but whether they could memorize arcane rules or senseless conventions whose raison-d’etre they know nothing about. An example is the convention known as the Rules for the Order of Operations, introduced into the school curriculum in the fifth or sixth grade."

but for how long has PEMDAS been widely taught in high school mathematics classes? I assume this will differ for different parts of the world, so please include what countries or regions you can speak for.

The first appearance of an explicit PEMDAS rule in Dutch is in an appendix of a textbook on algebra for the military academy (1838), aimed at military engineers, not elementary school students, nor academic mathematicians. The author explained he had put it in an appendix because average students had to learn the order of operations just by practicing examples; the formal PEMDAS rule merely served to satisfy the curiosity of the happy few. This was repeated in an appendix of a popular textbook for school teachers (1875). Later, teachers apparently could not resist the temptation to teach the explicit PEMDAS rule to all students, with a mnemonic. It is unclear when exactly.

The old Dutch PEMDAS version should actually be written as EMDRAS. The P was omitted because nobody would confuse parentheses with operations, and the R, representing the root symbol, √, was inserted after MD because √2a, without vinculum, was to be interpreted as √(2a) instead of (√2)a.

Not the answer you're looking for? Browse other questions tagged mathematics notation education algebra or ask your own question.

7
Has a digit ever been used to represent the number "10"?
4
How has the definition of a tensor today changed compared to its original definition?
4
What were the problems that necessitated the introduction of the sine and cosine functions, and how long ago were they introduced?
1
Has the modern logic negation $\lnot$ been adapted from Frege's Begriffsschrift?