Why would Margaret Hamilton and her team at NASA print the code on paper?

This famous photo depicts Margaret Hamilton, leader of the software engineering team for the Apollo Project, next a print out of the code she and her team wrote for the mission. 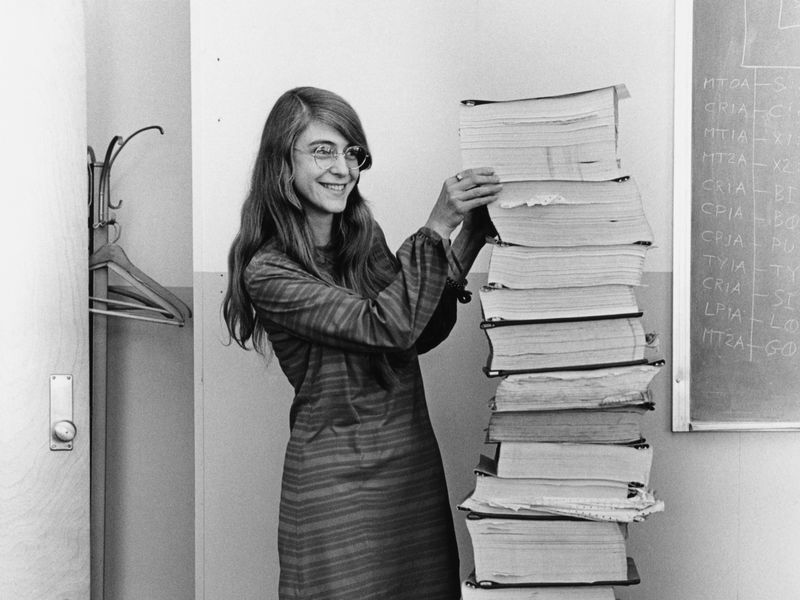 This information is correct according to this Skeptics SE post and links therein. The question I haven't found an answer to is: why would they print the code on paper?

This is how computer programming was done in those days. There was no such thing as a modern terminal with a screen, and no keyboards.

A programmer would write her code first on paper (handwritten), then a specialist typist will transfer it to punch cards, using some machine, a kind of typewriter. After several rounds of proofreading, the punch cards will be fed to a computer. The output will be printed on a wide paper strip as rows of text and numbers. What you see in this picture is probably the output. This output was called "wide print" (I don't know the exact English term, just translating from the Russian). I performed all this process as a student in the early 1970-s. Except the punch cards: they were produced by a specialist typist. So proofreading process was painful.

Not the answer you're looking for? Browse other questions tagged computer-science or ask your own question.

17
The Abacus vs. the Electric Calculator (Nov 12, 1946): Why did the latter lose?
6
Who created Agile programming and why?
10
Why is the Halting problem attributed to Alan Turing?
4
What did Tim-Berners Lee mean with “HTTP also allows index search” in his paper “World wide web: The Information Univesrse”?
5
Why didn't John von Neumann win the Turing Award, Fields Medal or Nobel Prize?
4
Why was the 'differential entropy' from information theory so named?