Which physicist is this quote attributed to?

There is a quote from a 19-20th century scientist that goes (and I am paraphrasing):

Who is this cynical quote attributed to, and what is the exact phrasing of the quote?

Based on my memory of the quote I would put the following odds:

A new scientific truth does not triumph by convincing its opponents and making them see the light, but rather because its opponents eventually die, and a new generation grows up that is familiar with it.

Excellent memory! It is actually from Thomas Kuhn who was a physicist, and who later turned into a philosopher. His book The Structure of Scientific Revolution mentions something like this on page 152. This is the third edition 1962 reprinted in 1996. 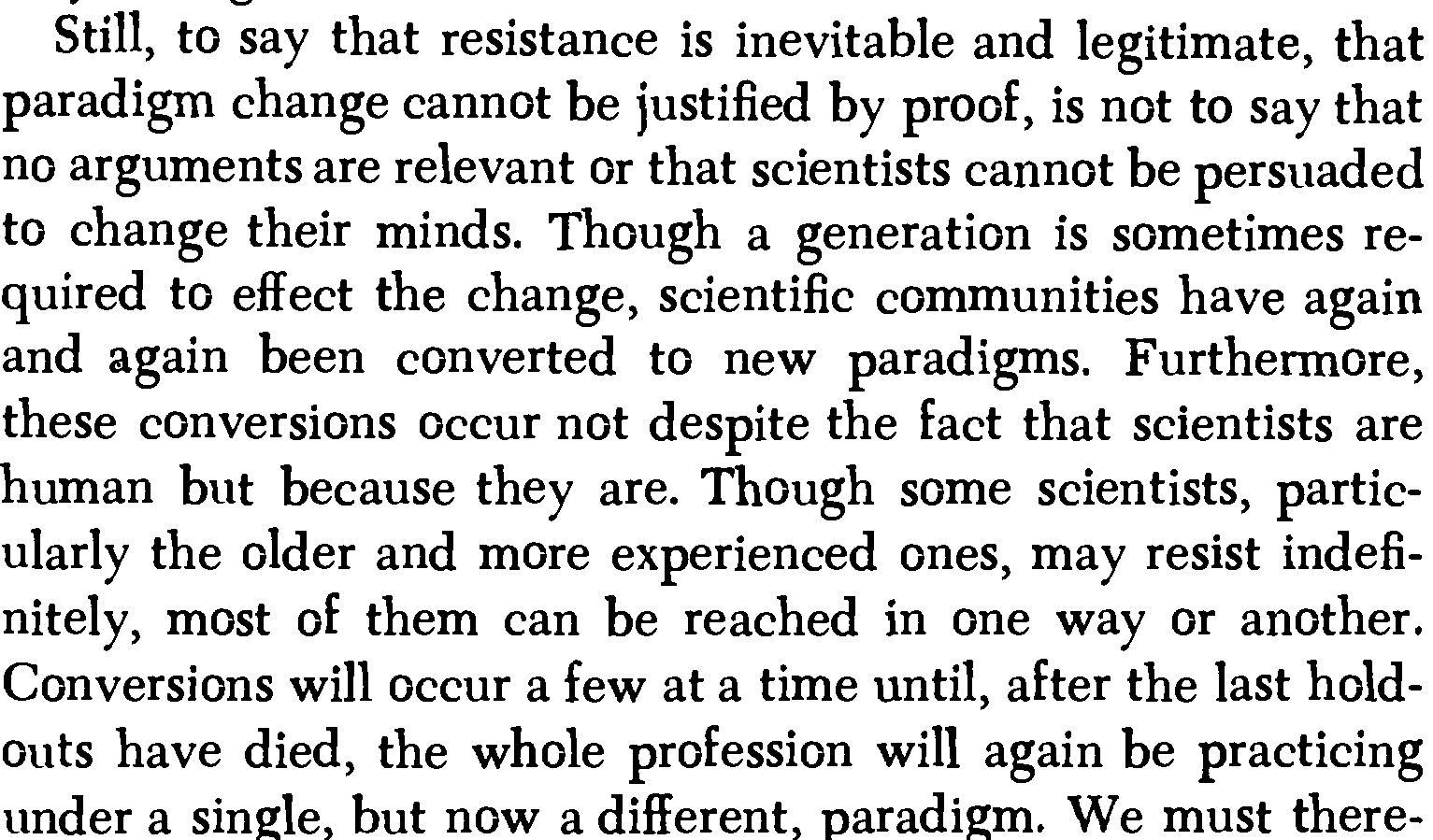 Not the answer you're looking for? Browse other questions tagged physics quantum-mechanics quote or ask your own question.

4
Source of Laurent Schwartz's quote about lobster and math
4
Which physicist defended the Superconducting Super Collider?
2
Poincare Quote Regarding Instability
1
Source: quote about problem solving
3
A peculiar quote from Oliver Heaviside
4
Source for Felix Klein quote about curves
2
In which article did the physicist Sheldon Glashow introduce his electroweak theory?
4
Source of a quote typically attributed to Proclus Lycaeus
3
A quote attributed to Gauss