How was the first parabolic telescope mirror made, and how was it used, and for what kind of telescope was this work done?

This answer to When was the first true Gregorian telescope built? explains:

Newtonian uses one concave and one flat mirror (or just one concave).

Cassegrain uses one concave and one convex mirror.

All these mirrors should be parabolic in an ideal situation. First Gregorian was made by Hooke in 1673.

This was 5 years before John Hadley was born. Hadley made a parabolic mirror in 1721, for a Newtonian telescope btw.

There was certainly known that for Newtonian telescope optics, at some point when the f/no becomes small enough spherical aberration will limit the resolution rather than diffraction, and that a more parabolic shape can avoid this particular problem.

When grinding optical surfaces, near-spheres are the easiest, the tend to come naturally. There are ways to make them aspherical known to present-day amateur telescope makers.

But I don't know anything about how Hadley's first parabolic mirror was made parabolic, nor how it was tested to verify its asphericity, nor what it was used for; a Newtonian telescope or a more complex system with two or more curved surfaces.

How did Hadley do it?

John Hadley published "The method of casting, grinding, and polishing the specula of reflecting telescopes" which probably has a good description of how he did it. Unfortunately I couldn't find that document. Luckily John Mudge published "Directions for making the best composition for the metals of reflecting telescopes; together with a description of the process for grinding, polishing, and giving the great speculum the true parabolic curve." in 1777 which gives an in-depth step by step process of how a mid 18th century astronomer would make a parabolic mirror.

Speculum is a alloy of copper an tin that could be polished to a high mirrored surface. Its what telescopes at the time were made of.

This was hand ground and done the same way we do it today with ceramic chips imbedded in a blank, and a lot of hand grinding.

Starting on page 38 of the linked PDF he gives his procedure. His explantion is,

"In order to give the speculum the last and finishing figure, which is done by a few strokes it must be particularly remarked, that by working the metal round and round, the sphere of the polisher by this means growing less, it wears faster in the middle: and as a segment of a sphere may become parabolic, by means of opening the extremes gradually from within outward, so it may be equally well done by increasing the curvature in the middle, in certain ratio, from without inwards."

Normally when making a telescope mirror random strokes are made, and when you've done this a lot they average out into a spherical shape cut out of a blank. You can actually mess it up by grinding in a circular path which will make your mirror more parabolic. His method seems to be to take a spherical mirror, and then start in the middle polishing in a circle. This turns it into a parabolic mirror.

It had been know since antiquity that a parabola focuses parallel rays onto the foci. It was James Gregory in 1663 who predicted that a parabolic mirror would correct spherical aberration and chromatic aberration.

How did he verify its asphericity?

Assuming he started with a spherical mirror that then was ground further. The mirror couldn't be spherical. Correct me if I'm wrong, but manipulating a sphirical mirror in this way, and have it still produce an image, could only result in a parabolic shape.

The only test in the above document was to test separate parts of the mirror to determine image quality. He would set up the mirror into a telescope. Then he would cover the aperture. First he would only allow light to hit the center radius to see if it produced a good image. Then he would move to the middle covering the center and the outer radius to see if he produced a good image. Finally doing the same with the outer radius. 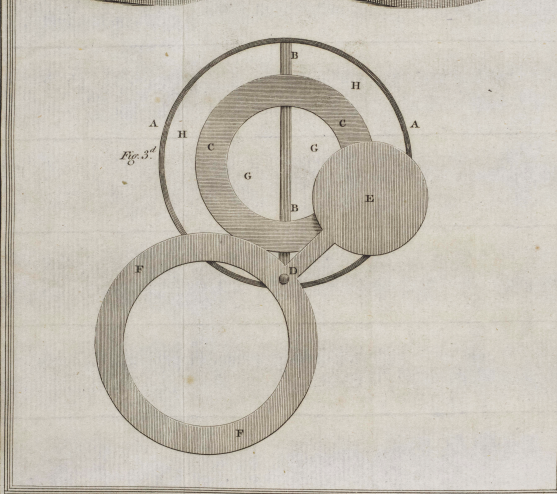 For what kind of telescope was this work done?

He used it in a parabolic Newtonian in 1721, and later a true Gregorian telescope.

Not the answer you're looking for? Browse other questions tagged physics astronomy optics telescope or ask your own question.

5
When was the first true Gregorian telescope built?
1
Where did Wm. Herschel plan to put their head? Peer over the edge of the famous 40-foot telescope or try to get less off-axis; closer to the center?

13
What were theories for why and how we see things?
20
Who first measured the distance to the Moon? How was it done?
5
When was the first true Gregorian telescope built?
4
When and how was water first detected outside of Earth?
17
Did light bulb companies commission Planck to study black body radiation?
4
What was the optical problem discussed and solved by Gauss in his 1831 letter to Brandes?