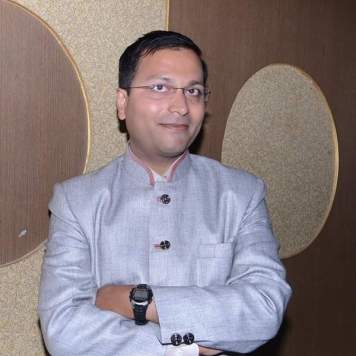 I am Devansh Mittal. I am a Computer Science graduate (2003-2007) from IIIT-Hyderabad. Currently, I am a Physics Faculty at Allen Career Institute (Kota, Rajasthan) since 2015.

During my tenure at Universities like IIIT-Hyderabad and IIT BHU, I worked on the Mind-Body Problem which involved my works on Theoretical Computer Science, Artificial Intelligence, Cognitive Science, Philosophy of Mind and Psychology.

Physics has always been my love, so currently I am following my passion by Teaching Physics to Bright Minds of Higher Secondary. My research in Physics is never limited to any competitive exam. I like to explore various aspects of Relativity, Quantum Mechanics, along with Newtonian Physics.

My Physics Exploration can be found here - The Intuitive Physics - https://theintuitivephysics.wordpress.com/

In my free time, I like to explore various genres of Topics like Spirituality, Self Improvement, Health, Productivity, Time Management, and Psychology, apart from Physics.

I can be contacted here.